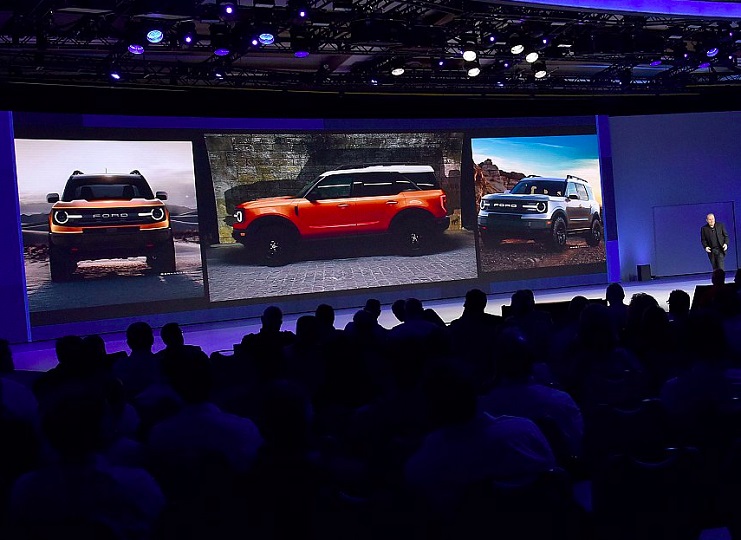 Ford’s top-selling auto dealers in the U.S. got the chance to see the prototypes of three new vehicles the automaker plans to launch over the next two years, AutoNews reported. Among those new models in one already confirmed to be manufactured in Mexico and two more arguably will be built in the country, although no official word has been said.

According to AutoNews, Ford used a gathering last month in Palm Beach, Florida “to take the wraps off a prototype and to divulge plans for a "family" of rugged off-road vehicles,” which will eventually include a small unibody pickup.

Dealers were shown an early version of a two-door Bronco that will also would be offered as four-door version, aimed to take on the Jeep Wrangler.

Ford also showed another small off-roader which previous media reports have referred to as the Baby Bronco, as well as its upcoming Mustang-inspired, electric crossover with a 300-mile range.

The company reiterated last week that production of its electric vehicle will take place at the Ford Cuautitlan Assembly plant in the state of Mexico, while it has been rumored that manufacturing of the Baby Bronco and the unibody pickup would be allocated to the Hermosillo facility, although such plans could change now that Ford decided to assign production of the next-gen Transit Connect van also to Hermosillo.

The electric crossover is slated to arrive in showrooms early next year while the Baby Bronco would arrive in the second half of 2020, three months before the Bronco which would be available in late 2020. The unibody pickup isn't expected until at least 2021

- Ford Fusion to become a ‘sport wagon’, production likely to remain in Hermosillo