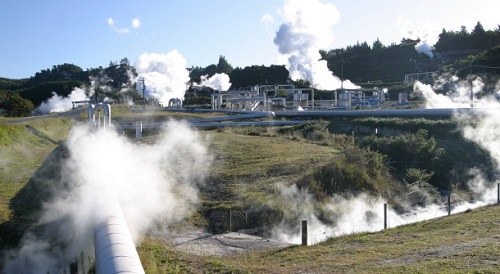 Mexico’s Ministry of Energy, through the Directorate General of Clean Energy, announced having awarded three new exploration permits for geothermal resources in the states of Guanajuato, Baja California and Jalisco.

After fulfilling all the requirements of the Geothermal Energy Act (LEG) and its Regulations, exploration permits were given to ENAL Group and Dragon Group, revealed officials in a press release.

Geothermal energy is clean, with minimal emissions to the environment, constant production renewable resource whose surface to install a geothermal plant MW, it is lower than other plants. Mexico ranks fourth worldwide in installed capacity of electric power, with five geothermal fields in production.

As part of the energy reform, in August 2014 the new Law on Geothermal Energy which regulates the recognition, exploration and exploitation of geothermal resources Mexicans was issued. The entry into force of this Act has enabled encourage growth potential of the geothermal industry exponentially. Since its publication date, little less than two years, have been awarded six concessions for exploitation of geothermal resources and 18 exploration permits with estimated over 500 additional MW potential.