Remittances Are Almost Immune to COVID-19 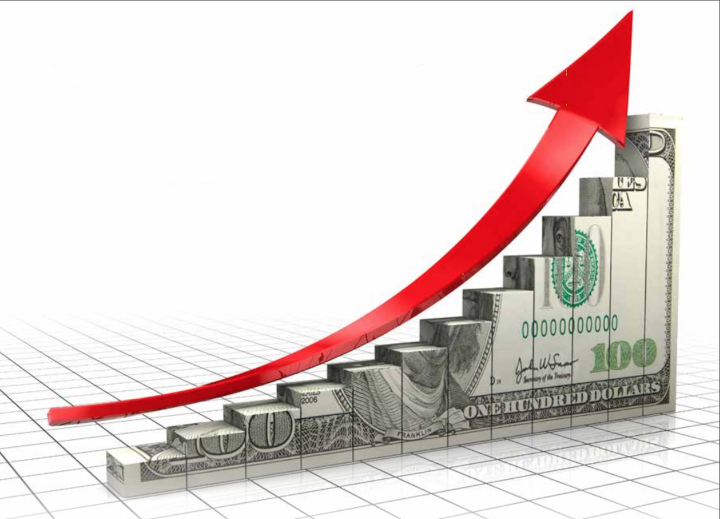 Despite the ongoing COVID-19 pandemic, the flow of remittances from the U.S. to Mexico has not stopped. Last March, remittances in Mexico set a record high since 1995 reaching US$4.01 billion, according to Mexico’s Central Bank (Banxico) data. If compared to the same month in 2019, remittances went up 35.5%

During April, Mexico saw a slight decline of just 2.8% if compared to the same month in 2019. Mexico captured US$28.86 billion in remittances that month.

Most of the remittances sent to Mexico come from the U.S. and due to the current COVID-19 pandemic, economist predicted the fall of remittances. But Mexican living abroad kept sending money to their families in Mexico during March and April. The flow of these resources to Mexico has performed exceptionally during March and April even though these are not peak months for remittances such as May and December, according to Banxico’s historical data.

Most of the remittances sent to Mexico come from the U.S. and due to the current COVID-19 pandemic, economist predicted the fall of remittances. But Mexican living abroad kept sending money to their families in Mexico during March and April. The flow of these resources to Mexico has performed exceptionally during March and April even though these are not peak months for remittances such as May and December, according to Banxico’s historical data.

Remittance recipients in Mexico got more benefits during these 2 months. An analysis published by BBVA Research shows that in real terms, remittances sent to Mexican households—having been exchanged to pesos—grew by 21.6%, due to the appreciation of the U.S. dollar against the Mexican peso. During March, exchange places were offering up to $23 pesos per U.S. dollar. During January and February, the exchange rate outside the banks was around $19 pesos and $20 pesos per U.S. dollar. Most people do not use banks to exchange remittances money to pesos.

In 2019, remittances had a record high reaching US$36.04 billion, this figure was 4.3% higher than in 2018. For the last decade, remittance has been growing every year. Historical data shows that remittances grew even more once U.S. president Donald Trump took office.

Data from Banxico indicate that remittances tend to increase, especially during an economic crisis; therefore, their growth is not linear. An example of this are the increases at the beginning of each six-year Mexican federal administration, in which economic speculation hits macroeconomic indicators, and in periods of crisis such as those of 1994-1995 and 2008-2009, to name a few examples.

Even though one-third of the remittances end up in cities and villages in Michoacan, Jalisco, and Guanajuato, the border communities are also greatly benefited by the money sent by Mexicans living overseas, specially the U.S.

Banxico data shows northern border communities capture between 10% and 12% of the total remittances sent to Mexico.

At least nine northern Mexico border municipalities are strong recipients of remittances. In the first semester of this year, Tijuana, Mexicali, Piedras Negras, Juarez, Acuña, Nogales, Matamoros, Nuevo Laredo, and Reynosa accounted for US$413.89 million in remittances, according to data published by Banxico.

Tijuana is the biggest recipient of remittances at the northern border. During the first quarter of the year, this municipality captured US$132.97 million. The second strongest municipality in this region is Juarez with US$83.43 million,while Mexicali comes third with US$63.43 million.

Banxico data shows remittances are in third place for foreign currency generator in Mexico, just behind the automotive industry and agri-food. These have been measured by Banxico since 1995.

Recently, president Andres Manuel Lopez Obrador called “living heroes” to Mexicans living in the U.S., and to Mexican-Americans who send remittances to their families in Mexico.

Remittances help to support many families, especially some living in extreme poverty. Moreover, the money sent by Mexicans abroad represents close to 3% of the Gross Domestic Product (GDP), and re mittances per capita have grown substantially over time, according to the Organization for Economic Co-operation and Development (OCDE) data. The average amount sent this year is US$329, this figure is higher than last year.

Jesus Cervantes, Manager of Economic Statistics at the Center for Latin American Monetary Studies (CEMLA), said that the moderate drop in remittances registered in April can partly be explained by the evolution of the exchange rate.

Cervantes highlighted that unemployment in the U.S. impacts the jobs occupied by Latino migrants, since not all of them work in the so-called essentials; therefore, once the U.S. economy integrates into the “new normal,” the remittances will stabilize and will probably continue
to grow.

Despite the hostile attitude towards migrants in the U.S., which has significantly increased since the start of the Trump administration, Mexicans have sent more money to their relatives, keeping a continuous yearly growth.

These cash transfers have gained political significance after President Trump proposed taxing or impounding remittances as a potential method to make Mexico pay for a wall along the U.S.-Mexico border.

Even though remittances have had a strong performance during 2020, economists warned they still might fall up to 20% due to the current global economic conditions.