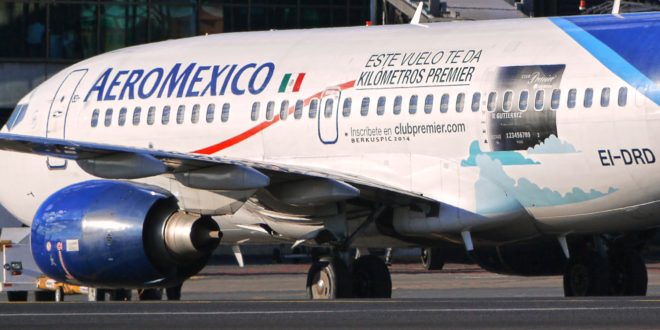 For October 2020, Aeroméxico has planned to restart operations to various cities in South America, which could increase the number of travelers. In particular, it will fly from Mexico City to San José (Costa Rica), Guatemala, Lima (Peru), Medellín, Bogotá (Colombia) and Buenos Aires (Argentina).

However, paying attention to the whole picture, Aeromexico had a 10% increase in the number of passengers transported, thanks to the recovery of the domestic market, where it transported 617,000 passengers.

The offer of the Mexican airline, measured in passenger-kilometers, decreased 70.7% compared to the same period of the previous year. The load factor for September was 64.5%, an increase of 2.1 percentage points compared to August.