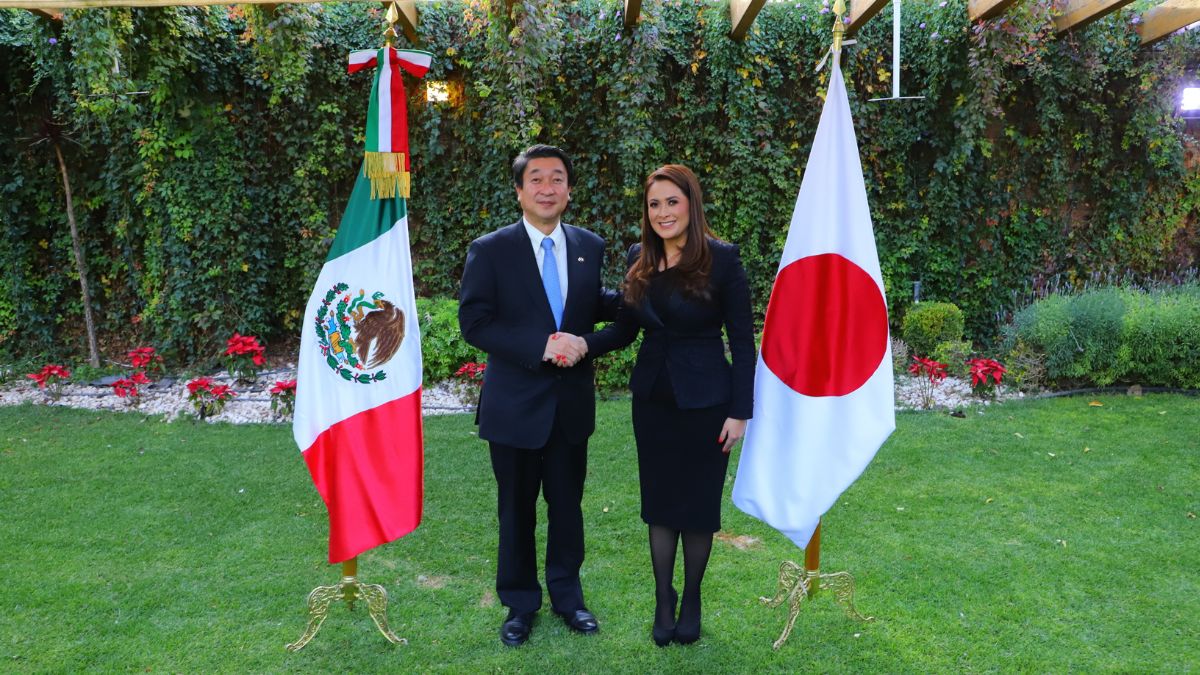 AGUASCALIENTES – With the aim of attracting and maintaining foreign investment, Governor Tere Jiménez is strengthening ties with Japanese diplomats and businessmen, since Japanese companies represent 16.7 percent of total foreign investment.

“We are interested in continuing to strengthen ties with this country and we are working to protect its investments by strengthening the rule of law and public safety through the Blindaje Aguascalientes plan,” said Tere Jiménez, governor of the State of Aguascalientes.

During the meeting, the Consul General of Japan in Leon, Katsumi Itagaki, and the representative of the Japanese Chamber of Commerce and Industry of Mexico in Aguascalientes, Toru Masuda, were present, as well as members of this organization.

The Consul General of Japan in Leon expressed his gratitude for the support and goodwill shown by the governor to the Japanese living in Aguascalientes, as well as the support to Japanese companies operating in this state, which represent 16.7 percent of the total foreign investment. For her part, the governor acknowledged the contributions of the Japanese community to the economic and social life of the state.

During the meeting, some programs, incentives and facilities offered by the State Government, through the Secretariat of Economic Development and Science and Technology (Sedecyt) to attract and maintain foreign investment were presented, as well as the topic of business-school linkage and the quality of the local labor force, among other things.

Related posts:
Government of SLP to carry out industrial promotion in Japan and Germany
Mexico's GDP grew by 3% in 2022
Nuevo Leon seeks to maintain Heineken's investments
Burger King to invest US$15 million in Mexico