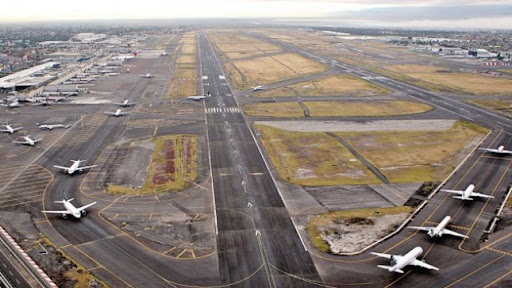 MEXICO CITY – The delays recorded in 188 flights at Mexico City International Airport (AICM) in July are the responsibility of the Mexican government, according to experts consulted.

AICM reported that there was an intermittent failure in the Aeronautical Fixed Telecommunications Network of the U.S. Federal Aviation Administration (FAA), due to a problem with an Internet provider, causing delays.

“However, this situation showed that the Mexican government lacks a backup of the flight plans and therefore the delays are its responsibility”, they said.

“The main responsibility lies with Servicios a la Navegación en el Espacio Aéreo Mexicano (Seneam), the failure will be seen, but the fact that there is no backup of the information is terrible to me; to me that is criminal negligence,” said Maria Larriva, an air traffic controller and air accident researcher at the University of Southern California.

He explained that these flight plans are shared by the airlines to Seneam every month and it is evident that the authority had no backup, since when the failure occurred, the information had to be entered manually.