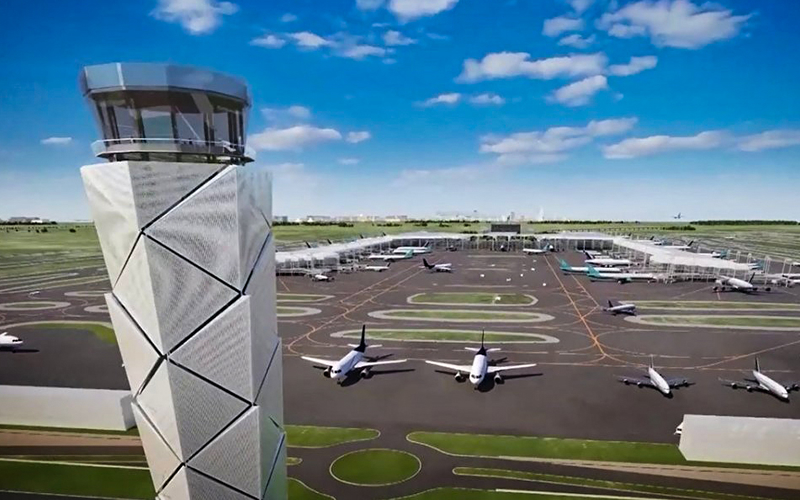 MEXICO CITY – With more than 70% progress in its construction and an immovable date for its inauguration, the Felipe Ángeles International Airport (AIFA) is expected to start operations with a third of the mass public transportation works planned to connect this airport infrastructure with the Valley of Mexico.

The connectivity project includes the extension of Line I and IV of the Mexibus, which operates in the State of Mexico, and an extension of the Buenavista-Cuautitlan Suburban Train.

Of these three, the most advanced is the extension of Line I, of which the government of the State of Mexico has already purchased units for its operation. It currently runs from Ciudad Azteca, in Ecatepec, to Ojo de Agua, in Tecamac, which will be extended 32.1 kilometers to the air terminal under construction.

However, in order to extend Line IV, the construction of the Camino Libre to Tonanitla, whose works are in charge of the Ministry of Communications and Transportation (SCT), must first be completed.

In this regard, SCT Mexico responded that, as of September 13, the physical-financial progress was of 12% and the execution schedule was established in 10 months.

In other words, if the construction project is fulfilled, this roadway would be ready by July 2022, four months after the AIFA is put into operation and the extension of Line IV of the Mexibus would still have to be developed.