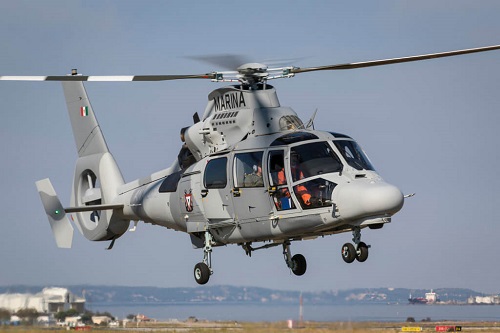 Airbus delivered two out of 13 aircrafts scheduled for Mexico over the next months, a military helicopter and a commercial plane, according to press releases from the European company and Mexican low-cost airline Interjet.

The Mexican Navy recently took delivery of the first of the 10 AS565 MBe Panther helicopters it purchased in 2014, becoming the first customer in the world to receive the new version of this multi-role, medium-class military rotorcraft. The Navy will receive three other units before the end of the year and the remaining six by early 2018.

The helicopters will be operated by the Naval Aviation in the Gulf of Mexico and on the Pacific coast, where they will perform a range of missions including search-and-rescue (SAR), disaster relief transportation and evacuation, drug enforcement and coastal protection.

Meanwhile, intermediary BOC Aviation delivered the first of three Airbus A321CEO aircraft to Mexico based Interjet. The remaining two aircraft are scheduled to be delivered in the fourth quarter of 2016. All three aircraft are from the Company’s existing order book.

“We are pleased to have Interjet as our newest customer from North America as it grows from strength to strength,” said Robert Martin, managing director and chief executive officer of BOC Aviation.

Jose Luis Garza, chief executive officer of Interjet, said, “This A321, the first in our fleet, will be used by Interjet in high-density domestic and international flights operations from Mexico City, raising our efficiency in this airport.”

Interjet is a Mexican high-efficiency airline that provides excellent services at an affordable price, it began operations in 2005 and currently has a fleet of 66 aircrafts, of which 43 are Airbus A320 and its first A321. It serves 52 destinations, 37 in Mexico and 15 international.