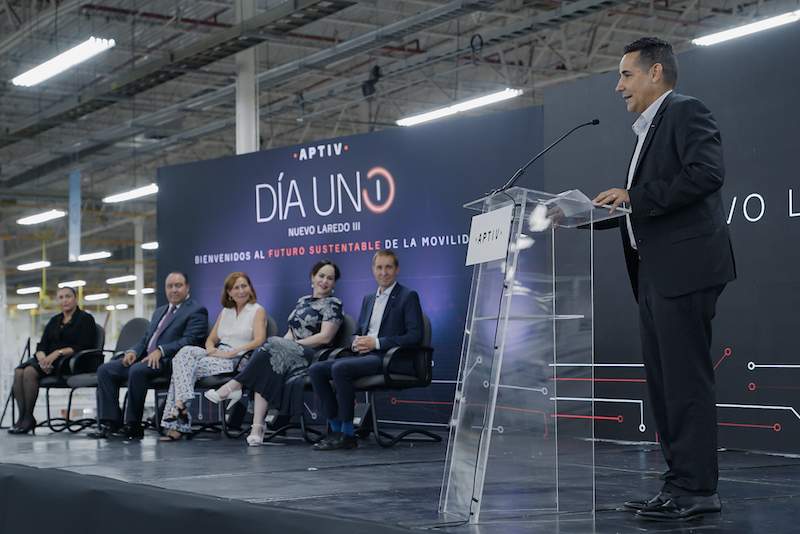 NUEVO LAREDO, TAM – With an investment of US$52.3 million, Aptiv opened its third plant in Nuevo Laredo, Tamaulipas, which will generate 2,517 new jobs.

“Only together, society, levels of government and private initiative, we can move at a faster pace to receive better results, this opening in Nuevo Laredo is a bet for all of Mexico that will drive significant economic growth,” said Clouthier.

With the opening of its new plant, the company dedicated to wiring and harnesses for vehicles, reaches 8,000 jobs offered to the people of Nuevo Laredo. It is worth mentioning that this is its 30th factory in the country and the sixth in Tamaulipas.

For his part, Arturo Alvarez, Chairman of Aptiv Latin America and President of EDS said that the company will produce an annual average of 2.47 million parts for the North American market, which will be assembled in at least 1.10 million highly electrified vehicles.

He reiterated that 55% of Aptiv’s Mexican workforce is female and reaffirmed their commitment to diversity and inclusion by attracting, developing and retaining the best female talent.