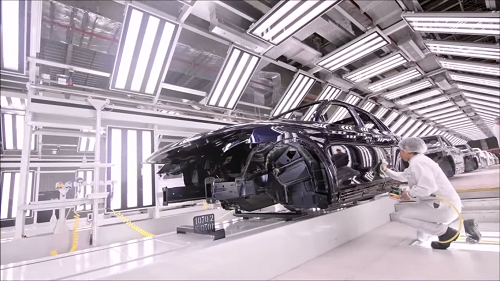 Due to heavy financial losses Volkswagen Group is facing because of emissions scandal known as the “Dieselgate”, Audi will delay its technology endeavours to cut costs, company officials told Reuters in recent days.

It’s not clear yet how this measure will impact Audi’s plans for its new Mexican facility, where the German group would make hybrid or electric versions of the Q5.

“Here in Mexico we will probably soon build an SUV that can drive in electric mode,” Audi Chief Executive Officer Rupert Stadler said at the inauguration last month.

Audi, VW Group’s profit engine, has said it will scale back its conventional car program to fund a strategic shift to green vehicles and digital services through 2025 as competition with German rivals BMW and Mercedes-Benz heats up.

But cutbacks will also affect next-generation technology projects intended to help Audi clean up its image in the wake of the emissions scandal, two sources at Audi told Reuters.

Among other projects, Audi will postpone a test track for self-driving vehicles and facilities to make batteries and concept cars, the sources said.

– VIDEO: This is how the Audi Q5 is built in the new Mexican plant