Auto parts production could amount to US$76 billion in 2020: INA 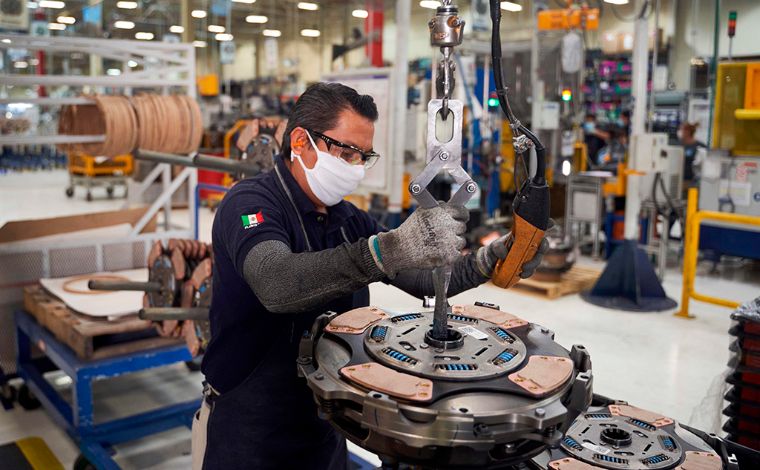 MEXICO – The production of auto parts in Mexico will adjust 22% downwards in 2020 compared to what was billed the previous year, due to the decrease in vehicle manufacturing that is recorded primarily by companies in the terminal sector in the United States, Óscar Albin, president of the National Auto parts Industry (INA) reported.

Thus, if US$97.8 billion had been billed in 2019, this year the figure could drop to $US76.4 billion. The manager presented the adjustment to the sector’s forecasts; after last June it was estimated that the total value of the production of systems, parts and components manufactured in Mexico for light and heavy vehicles, would be US$66.6 billion, the following month (June) the figure was adjusted to US$74.7 billion and for August it was modified again, showing 75.3 billion.

According to Albin, the production and export of auto parts made in Mexico will behave in a parallel manner to the manufacture and sale of vehicles in the American Union.

In January of this year it was estimated that the purchase of new vehicles in the United States would be 16.9 million units throughout the year, a forecast that was reduced to 8.7 million in April, as a result of the effects that came along with thee pandemic; however, this scenario began to change in May and remains consistent for the following months, in such a way that the expectation is that the purchase in 2020 will be around 16.1 million cars, which would mean to stop billing around 800 thousand units with respect to the previous exercise.

Albin points out that the possibility that between 14.5 and 16.1 million automobiles will be sold in the United States during 2020 will depend on factors such as:

– Control of the pandemic.

– Maintenance of incentives for the purchase of new vehicles.

– Increase of the construction of residential houses.

– Government incentives granted to the economy.