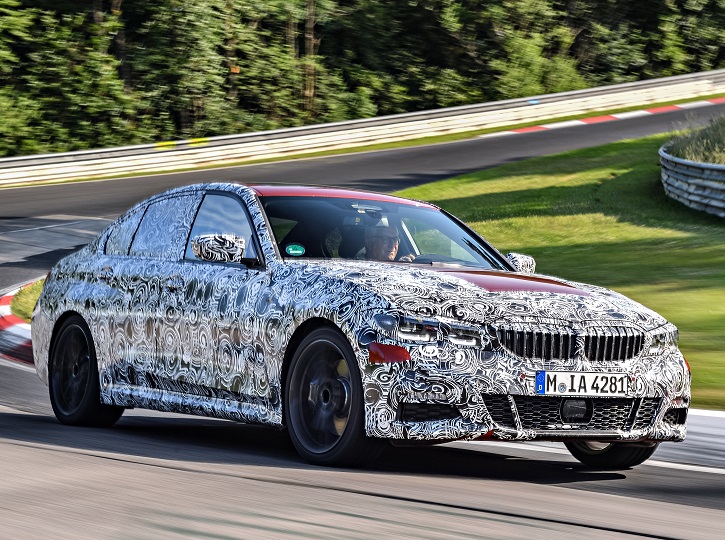 The next generation of the BMW 3 Series Sedan just completed the crucial final stages of suspension and chassis development prior to the start of production at the company’s new assembly plant in San Luis Potosi, Mexico.

In order to perform full driving dynamics testing and set-up runs the premium automaker took the camouflaged prototypes to the legendary Nürburgring racetrack in Germany, also known as the “Green Hell”, where the company has conducted such tests for over 35 years.

These test runs “have traditionally served as an important validation step for drivetrain and suspension technology of newly developed BMW models,” said the company in a statement. A particularly extensive testing program was developed for the new BMW 3 Series Sedan.

“The comprehensive development program for the new suspension, steering and braking systems provided the engineers with a broad range of opportunities to optimize ride comfort and dynamic performance, enabling the ultimate sports sedan for the mid-range premium segment to mature lap by lap,” BMW added.

“The development process for the new BMW 3 Series Sedan is definitely geared towards enhancing the ‘sports sedan’ character of the car,” says the statement, adding that the center of gravity will be 0.4 inches / 10 millimeters lower than in the predecessor model.

In terms of power, the next-gen 3 Series will feature a thoroughly revised 4-cylinder gasoline engine which the company considers the most powerful ever to be fitted in a BMW series production model. Yet its fuel consumption figures will be around 5% below those of the predecessor engine due to a further developed 8-speed Steptronic transmission.