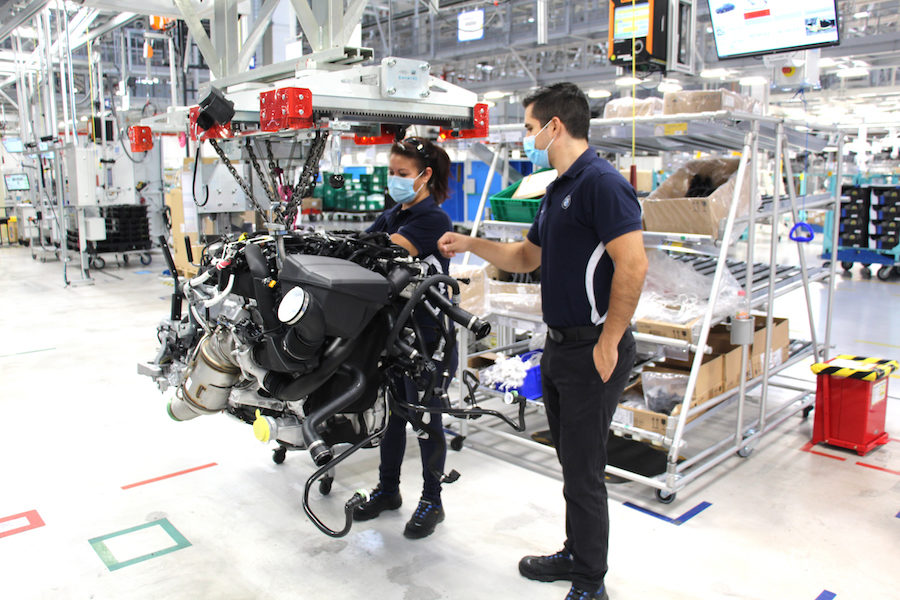 SAN LUIS POTOSI – The BMW plant in San Luis Potosí (SLP) produces 170,000 luxury vehicles a year, which are distributed worldwide, giving an important projection to the state, in addition to generating more than 2,500 jobs, said Gustavo Puente Orozco, minister of Economic Development (Sedeco).The head of the Ministry pointed out that the attraction of this company is one of the greatest achievements of the 2015-2021 administration headed by Governor Juan Manuel Carreras López. He highlighted that this plant of the German brand had an investment of US$1 billion so it has the highest and most sustainable industrial technology that exists in the world and it produces the most successful series of vehicles in 100 years for the company.

“The worldwide projection that SLP had on the occasion of the inauguration of the BMW plant was very important. International media covered this event that was taking place in our state, it is something that personally fills me with pride, “said the state official.

Puente Orozco announced that the Potosí automotive cluster has grown in eight years, a growth greater than in the last four decades, making the state the second most specialized in this industry nationwide. The entity currently has BMW and General Motros plants and 233 auto parts companies, which generates 82,000 formal jobs, that is, a fifth of all those affiliated with Social Security.

The head of Sedeco pointed out that SLP has strong potential for this industry to continue growing and generating work spaces, because more companies are interested in investing due to the competitive advantages it offers, such as its geographical position, more and more graduates of institutes with first level specialization, road connectivity, economic policies consistent with economic development, among others.

He concluded that the state has 280 hectares of land available so that more automotive brands can be installed, which gives it added value so that in the coming years more investments will continue to arrive in favor of employment and economic growth.