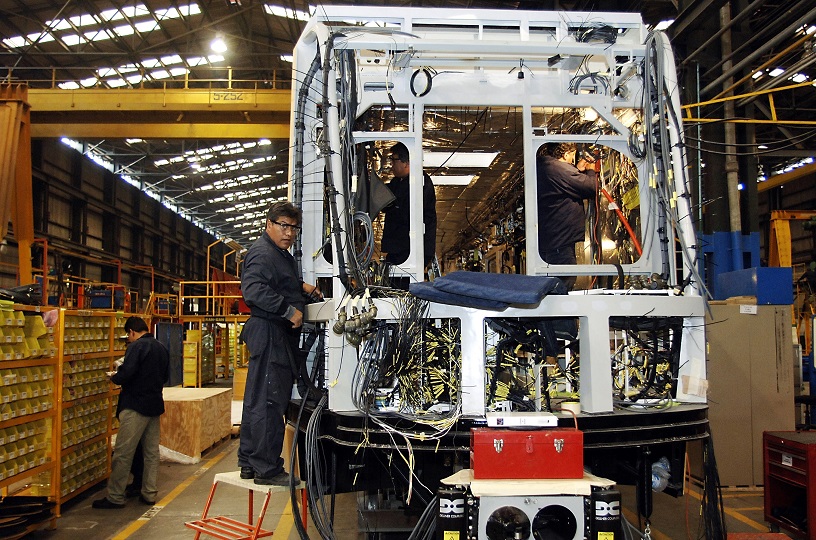 Bombardier Transportation delivered the first TEG-15 model light rail vehicle (LRV) in the city of Guadalajara, Mexico. The vehicle is from an order placed on December 29, 2015 by the Sistema de Tren Eléctrico Urbano (SITEUR) for Bombardier to supply 12, two-car LRVs.

The train will run on SITEUR’s Line 1 as part of the Jalisco government’s plan to extend and modernize the line. The last train is scheduled to be delivered by the end of November 2017.

“We are proud to deliver this first LRV just 14 months after contract signature, two months ahead of the foreseen schedule,” said Benoît Brossoit, President of Bombardier Transportation, Americas Region in a public statement.

These new trains will help Guadalajara, Mexico’s second largest city and one of the main commercial and industrial hubs, to manage the growing urbanization it is experiencing, by renewing its transportation system and increasing Line 1 capacity by approximately 50%.

The new vehicles will have a range of features that will improve the travel experience for Guadalajara public transit system’s passengers and drivers. Among them are an On-Board Video Recording System (OVRS), a passenger communication intercom, a new fire and smoke detection system, Light Emitting Diode (LED) technology, visual alerts for closing doors, as well as wheelchair access. Additionally, the drivers’ cabin, equipment, and controls have all been redesigned for greater ergonomics.

The 29.56 meter-long, articulated carbon steel vehicles will also have high reliability and lower maintenance costs while increasing transport capacity with ample space for up to 48 seated passengers, and over 250 standing passengers per vehicle. The vehicles will have a maximum speed of 80 kilometers per hour and be fully compatible with the Bombardier-built TEG-90 version previously delivered to SITEUR.

From design and manufacturing to commissioning and warranty, the project is being managed by teams working out of Bombardier Transportation’s Ciudad Sahagun facility in the State of Hidalgo.