Bombardier to invest US$136 million in Juarez 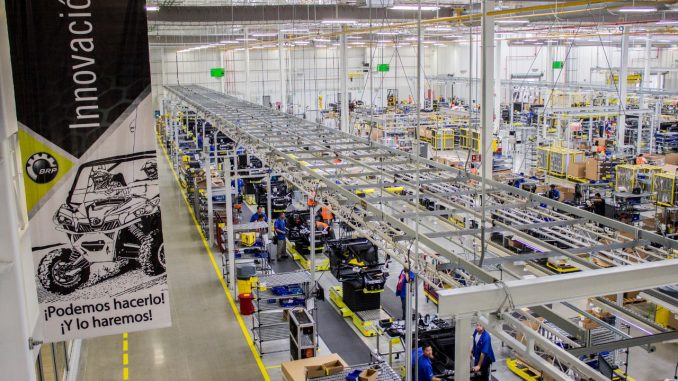 CIUDAD JUAREZ – Bombardier Recreational Products, announced the first investment in Mexico of the era of the trade agreement between the United States, Mexico and Canada (USMCA).

The Canadian firm will build a plant for the production of 4-wheeled vehicles in Ciudad Juarez, Chihuahua.

“Bombardier made the first investment announcement in Mexico in the USMCA era. It will build a plant in Juarez for the production of four-wheeled vehicles that is expected to generate at least 1,000 permanent jobs,’ the Secretariat of Economy published on Twitter.

In addition, the company announced that around US$136 million will be invested in this project.

José Boisjoli, president and CEO of the company, said that despite the pandemic, demand for its products has remained strong and even exceeded last year’s figures for the same period.

“Our continuous innovation and constant growth in SSVs make this additional capacity necessary to meet our goal of achieving a 30% market share,” he added.

Bombardier is a global leader in the world of motor vehicles, propulsion systems and boats, based on more than 75 years of ingenuity and intensive consumer focus.

Planning and construction of the site is scheduled to begin in the coming months, and the plant is expected to be ready for operation in the fall of 2021.