BOSCH to invest US$84 million in Aguascalientes 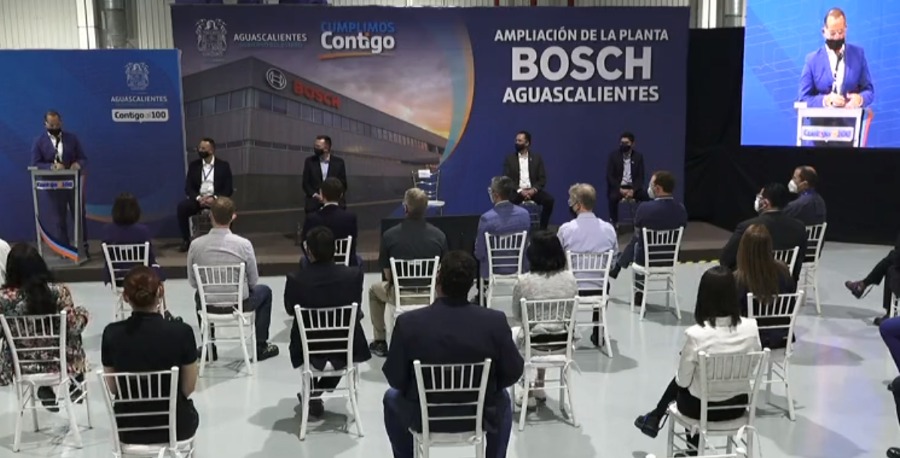 AGUASCALIENTES – BOSCH announced the expansion of its plant in Aguascalientes, which will involve an investment of around US$84 million in approximately 3,000 square meters of construction, which will generate the conditions to manufacture the new generation of brake systems for its customers in North America.

During the announcement, the governor of Aguascalientes, Martin Orozco Sandoval, thanked the executives for their confidence in the state and its people, emphasizing the industrial vocation of the state.

“Bringing this project to Aguascalientes was not by accident; Bosch’s associates did something right, because this is the third project of this magnitude in the world and it arrives in Aguascalientes,” he said.

He added that this project is the ultimate in Industry 4.0 and its purpose is to maintain the state’s competitive advantages and social peace.

For his part, the head of the Secretariat of Economic Development (SEDEC), Manuel Alejandro Gonzalez Martinez congratulated the BOSCH family for the great project they are about to undertake in Aguascalientes, emphasizing that almost 28 years ago they arrived in the state and today they continue to grow.