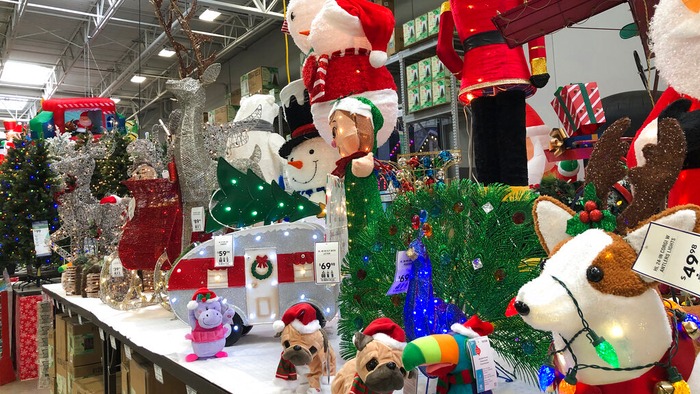 JUAREZ – The economic uncertainty caused by the COVID-19 pandemic, which is being experienced worldwide, decreased the percentage of manufacturing orders in Ciudad Juarez’s factories related to the Christmas season.

According to Index data, it is in the year’s last quarter when the production of certain items accelerates to meet the demand for orders for both Thanksgiving and Christmas.

Although he did not specify how much that drop might be, Pedro Chavira, president of Index Juarez, mentioned that the restrictions that still exist due to the pandemic in the United States will not help rebound the demand.

“We see that there will be effects because there are events that are not going to happen, like ‘Black Friday’; not all the people will go out to buy as they usually do and that will impact sales,” he said.

Walmart is one of the stores that announced that this year all their stores, including Sam’s Club, will remain closed and no physical purchases can be made on November 26, when Thanksgiving is celebrated in the United States.

According to news reports, there has been a drop in year-end manufacturing orders since last year due to economic uncertainty at that time from other situations before the pandemic.

Computers, laptops, televisions, home appliances, cell phones, all-terrain vehicles, candy and Christmas trees are some of the products manufactured by companies in the city to be sent mainly to the United States, as well as Canada and other parts of the world.

With the increase in production, there is also an increase in hiring in plants linked to the manufacturing of articles for the Christmas season.

According to data from the Mexican Social Security Institute (IMSS), until September the number of employees by the transformation industry sector was of 310,477.

While Index figures point out that in Juarez there are 330 maquiladoras, of which approximately 60% are of U.S. origin.