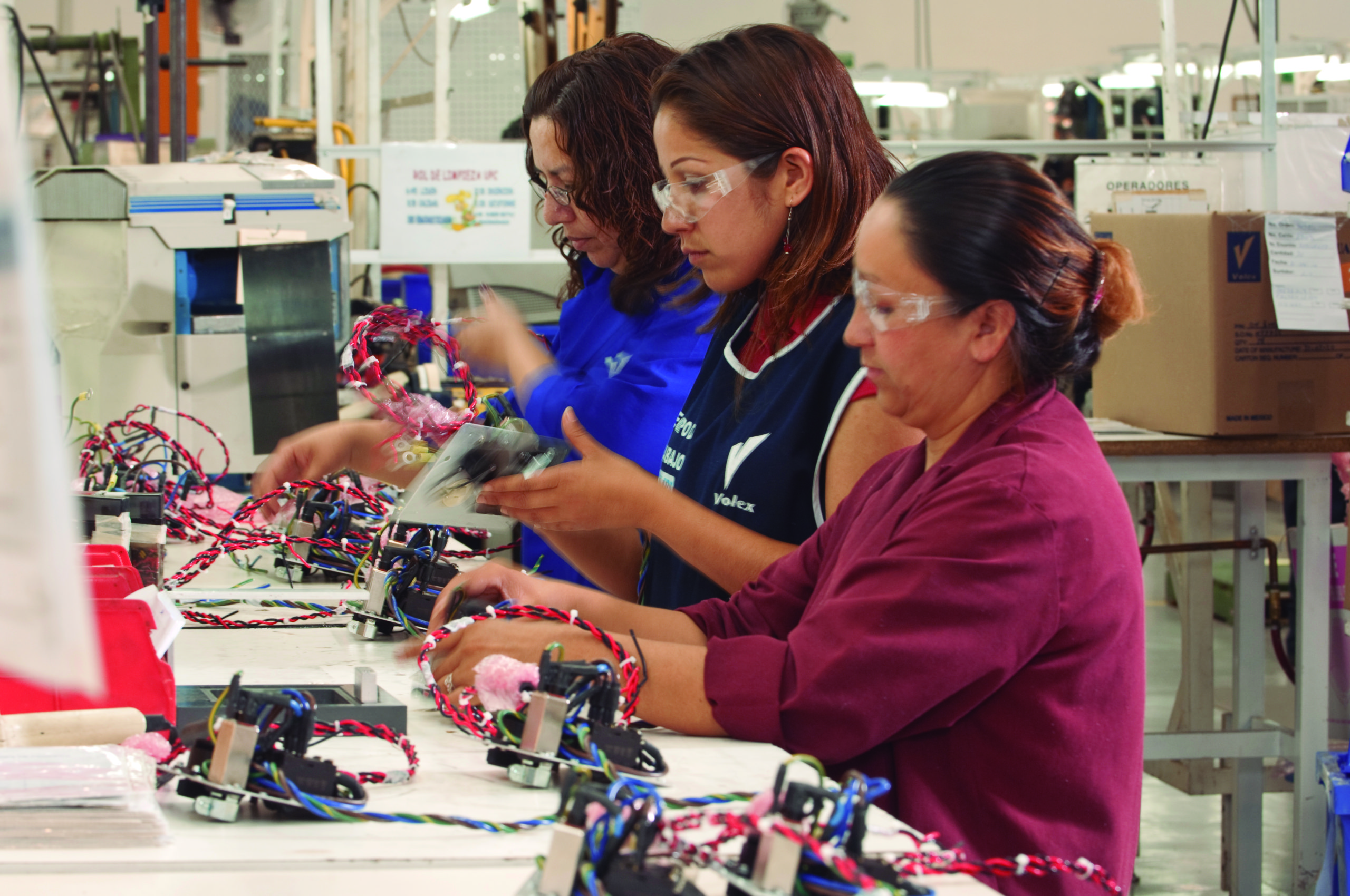 Clusters, according to recent studies, have been proven to be economic engines. Firmly established across Mexico, their current focus is on what role clusters will play as manufacturing evolves over the next decades.

With increasing numbers of companies making use of innovative technology to improve products or processes, manufacturing is undergoing changes that usually require fewer workers who are highly skilled and highly paid.

Referred to as advanced manufacturing, it increasingly is seen as a new Industrial Revolution, as the Wall Street Journal has declared. The transition is expected to be disruptive in industrial centers across the globe.

“To pursue an advanced manufacturing strategy as one of the tools for moving forward out of this difficult period, clusters are absolutely essential,” says Cliff Waldman, a senior economist with Manufacturers Alliance for Productivity and Innovation, an advocate of empowering clusters.

“If you create a mental map of what a strong manufacturing country looks like, it is not linear. It’s clusters,” he said.

Last year, the topic was high on the agenda of the 10th Latin American Cluster Conference in Tijuana. While many of those attending were from countries where they were seeking to establish clusters, Baja California has long been home to numerous clusters.

The concentrations of businesses, suppliers and associated institutions have been created in sectors ranging from electronics and medical devices to medical tourism and craft beer production. The region’s aerospace cluster has contributed to its ongoing expansion into Mexico’s largest concentration of aerospace companies.

“Tijuana was a natural and also impressive host for this conference on cluster development that attracted experts from across Mexico and Latin America,” Ifor Ffowcs-Williams, a keynote speaker at the event and CEO of New Zealand-based Cluster Navigator Ltd., said in an email interview.

“It is important to continue to build the connections within the Tijuana and Baja California clusters, accepting that clusters — removing the isolation of individual firms, of public agencies and of academic institutions — build the regional eco-system,” he said.

The term cluster was popularized by Michale Porter in The Competitive Advantage of Nations in 1990. He claimed that clusters offered a competitive advantage by increasing the productivity of the companies in the clusters, by driving innovation in the field and by stimulating new businesses in the field.

Cluster development has since become a focus for many government programs. And clusters — along with the various industry associations, chambers, economic development agencies and business groups prevalent in Mexico — have established an influence on government policy.

A 2014 study co-authored by MIT, Harvard and Temple professors showed that clusters of almost all kinds help drive overall economic growth in multiple ways. The study has had important implications for policymakers. It suggested that a region can improve its economic performance by improving its existing assets, rather than attempting a transformation by chasing industries situated elsewhere.

“Very often regions are given advice that they should become the next Silicon Valley or be like some other region,” Scott Stern, an MIT professor and co-author of the study, said in a statement.

“They’re told that they’re in a global war for talent or they should try to put out very expensive incentives to attract a single plant. What our research suggests is that regions succeed by investing and extending their comparative advantage,” he said.

In a New Year’s message, INDEX president Luis Manuel Hernandez said the maquiladora industry needs to turn its attention to the changes that are looming in manufacturing and how clusters can assist with the adjustment to retain operations in Tijuana.

“The challenge is that new jobs are going to be created, how we pay them and how we promote them. It is expected that in 2030, there will be 8 to 10 percent of jobs that will no longer exist,” he said. “For Mexico, 7 million jobs will change their occupational role by 2030.”

“This is in itself a social, economic and also political challenge,” Hernandez said. “Having specific areas of support for the development of certain sectors could influence growth, investment and infrastructure.”

At the conference, several speakers offered examples of the benefits of clusters, according to reports of the event. Former Colombia President Alvaro Uribe Velez noted that in Medellin, 40 percent of small- and mediumsized enterprises disappear during the first three years. But the rate drops to 20 percent for companies linked to clusters.

From 2006 to 2016, companies linked to clusters achieved growth of 7.9 percent, compared to 3.3 percent for those not linked to clusters. In his email interview, Ffowcs-Williams said that no-cluster is a self-contained entity.

“Connections beyond the region are equally critical — to related clusters within Mexico, to clusters north of the border and globally,” he said. “The European Union, for example, is placing considerable resources on linking clusters across Europe and the world.”

He suggested 10 elements are important to the successful construction of clusters and will serve manufacturing communities as they confront the transition to advanced manufacturing. They include:

3) Moving from a group of isolated companies that collaborates among themselves for the co-creation of value;

4) Integrating support organizations, such as government agencies and educational institutions into the cluster and encouraging them to participate in work projects and specific projects;

5) Establishing a strategic cluster agenda that identifies the priority activities to be undertaken with available resources;

6) Creating links with other clusters at the regional, national and international levels;

8) Integrating a board of directors with leaders who serve and understand the sector;

9) Seeking a model of cluster organization capable of rapidly reconfiguring and reorienting its capabilities, infrastructure and resources to seize opportunities. To be more adaptable, clusters must be reorganized into smaller units, creating fluid structures based on concrete projects;

10) Selecting as a manager a change agent, a natural networker who can be a bridge builder throughout the cluster.

Mexico’s clusters for automotive manufacturing are vast, especially in the Bajio region, Puebla, Monterrey – Saltillo, Hermosillo and even border cities such as Ciudad Juarez. In these areas one can observe several of the above ten elements of cluster success at work.

But can a cluster get too large so that slowing or diminishing returns emerge? The short answer is yes. For example, Silicon Valley’s demand for innovative workers is so big that their wages, rents, transportation and other costs may get out of hand; or consider the extenuation of human resources occurring in the busy Bajio auto cluster in Mexico.

The ideal is, of course, a cluster that grows stable, sustainable and at pace with its regional resources in “harmonic development”.