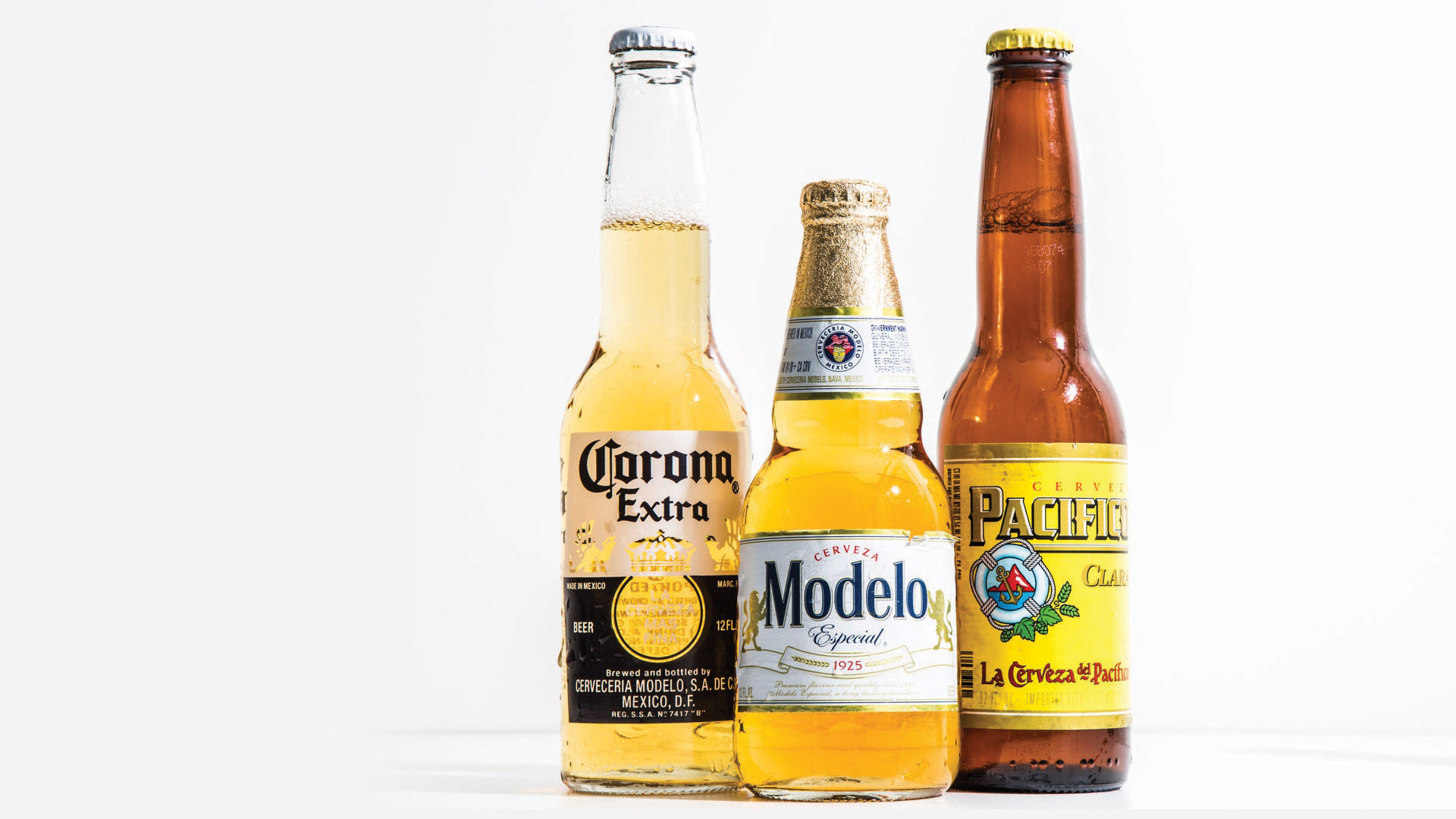 The United States beverage company Constellation Brands is exploring moving its unfinished brewery plant from Mexicali to Baja California’s coastal zone where it can produce and use desalinated water to make beer, according to Gov. Jaime Bonilla.

The US$1.5 billion brewery is already under construction in the drought-prone northern border city of Mexicali. Approved by a prior administration both locally and federally, it was rejected by Mexicali voters this year during a referendum promoted by Mexico’s current president and marked by low voter turnout.

The state’s governor, Bonilla, said that Constellation Brands representatives have approached him to explore their options of building a desalination and brewery plant near Baja’s coast instead.

“It is being studied,” said Bonilla. “I am not going to say ‘no’ to any project when the investment is needed in Baja California.”

Constellation did not respond to a request for comment about the governor’s assertion it was looking to relocate from eastern to coastal Baja California.

Ivan Martinez Zazueta of Baja California’s United Resistance against Constellation Brands said relocating the plant in the state’s coastal zone remains a serious proposal because the coastal cities have the greatest water shortages.

Martinez said his organization is suspicious the company would be able to use desalinated water to produce beer.

“So, what could happen is that Constellation could finance a desalination plant in exchange for getting ground water from a well. That’s to say, they could exchange the desalinated water for the well water. But the aquifers in the Coastal Zone are also overexploited,” said Martinez.

He pointed out both the beer and some of the desalinated water would be exported to the United States while the contamination of the desalination process would remain in Baja California.

“The production of desalinated water is expensive and polluting,” he said.

After its Mexicali project failed the public consultation in March, Mexico’s President Andres Manuel Lopez Obrador rescinded the company’s permits to finish and open its plant in Mexicali.

The March referendum, known as a consulta, faced criticism from Constellation Brands, Mexican business groups, and citizens who said the results were not representative of the population as a whole and could have been easily rigged because the process had very little oversight from election authorities.

Lopez Obrador stressed in August that the federal government would not issue any permits to build the plant anywhere in Baja California, strongly encouraging the alcohol beverage company to explore options in Mexico’s southeastern region.

“70% of the country’s water is in the southeast,” Lopez Obrador said, specifically mentioning Chiapas, Oaxaca and Tabasco.

The Mexicali plant, which sits on approximately 1.5 square miles of land, was almost 70% built with US$900 million already invested in its construction when the federal permits were rescinded in March, according to the company. The project has been in the works since at least 2015.

It would have produced beer in Mexicali exclusively for export to the United States, making the border region more viable for transportation than Mexico’s southern states.

A 2016 company news release described the project as a “new, state-of-the-art brewery to be located in Mexicali, Mexico, which is ideally located near the U.S. state of California, Constellation’s largest beer market.”

If built, the brewery would create 750 direct, permanent jobs in the state, according to Constellation Brands.

“The company has a right to seek alternatives,” said Bonilla, noting Lopez Obrador’s disapproval of a location in Baja California, during a news conference streamed live on Facebook from the state capital.

The governor offered few details Sunday about how the beer giant would get into the business of desalinating water. But a desalination plant in Rosarito has long been among the governor’s top priorities for Baja California.

The state government let authorizations expire earlier this month for a US$470 million seawater desalination project that was supposed to be built in Playas de Rosarito through a public-private partnership. The project stalled because of a lack of consensus about the licensing terms to a private
company.

Critics say the proposed brewery, especially at its original Mexicali location, poses a dangerous threat to the local water supply, putting beer for Americans ahead of water for Mexican farmers and citizens. Resistance groups emerged in Mexicali where farmers struggle with not having enough irrigation for crops because of a lack of rainfall and overexploited aquifers.

They also say 76% of Mexicali voters rejected the project in March during an informal referendum, or consulta, which was held just as the coronavirus stay-at-home orders went into effect in northern Baja California.

Supporters of the brewery and the company argued the vote was not representative of the state nor the city with a voter turnout of 36,781,
according to Mexico’s Ministry of Interior. Baja California has a population of approximately 3.5 million with 1.12 million residents residing in Mexicali, meaning the project was defeated with a vote that involved only about 3% of the city’s residents.

National business organizations and Constellation Brands argued the company already had all the necessary permits in hand before the consulta
or public consultation. The national Business Coordinating Council said the process “undermines Mexico’s ability to attract investment …”

Since 2016, Mexicali residents have expressed concern that the Constellation Brands brewery would deplete precious water resources in
the state’s desert region. It was a claim the company strongly denied.

Baja California residents and farmers often face water shortfalls from the depleted Colorado River, a lifeline for cotton fields and wheat and alfalfa production. Similar to the U.S.- side of the border, the river provides 95% of the region’s water supply.

Approximately 6% of Baja California households lack running water in their homes with nearly 300,000 residents living without regular access to water, the Mexican federal government estimated in 2016.

Constellation Brands planned to produce 132 million gallons of beer annually at the Mexicali plant, which would have been exclusively
for export to the United States. It claimed it would not have dipped
into the state’s water supply with its operations.

“Constellation Brands wants alternatives outside of Mexicali. They talked about putting it on the coast and using desalinated water, so that would not impact the water resource of Mexicali. I’m not going to say no to any project, but the will of the people must be respected,” he said.

On Aug. 12, Lopez Obrador accused Constellation Brands of trying to open its Mexicali brewery despite the federal government rescinding its permits after the public consultation in March.

Lopez Obrador said the company should respect the decision of those who voted against it. The company said it planned to continue working toward a solution.

“We will continue working with local authorities, government officials and members of the community on next steps related to our brewery construction project in Mexicali and options elsewhere in Mexico,” said Bill Newlands, the president and chief executive officer at Constellation Brands.

“We’ve had a positive, mutually beneficial relationship with Mexico for more than 30 years and we fully expect this to continue,” he added.