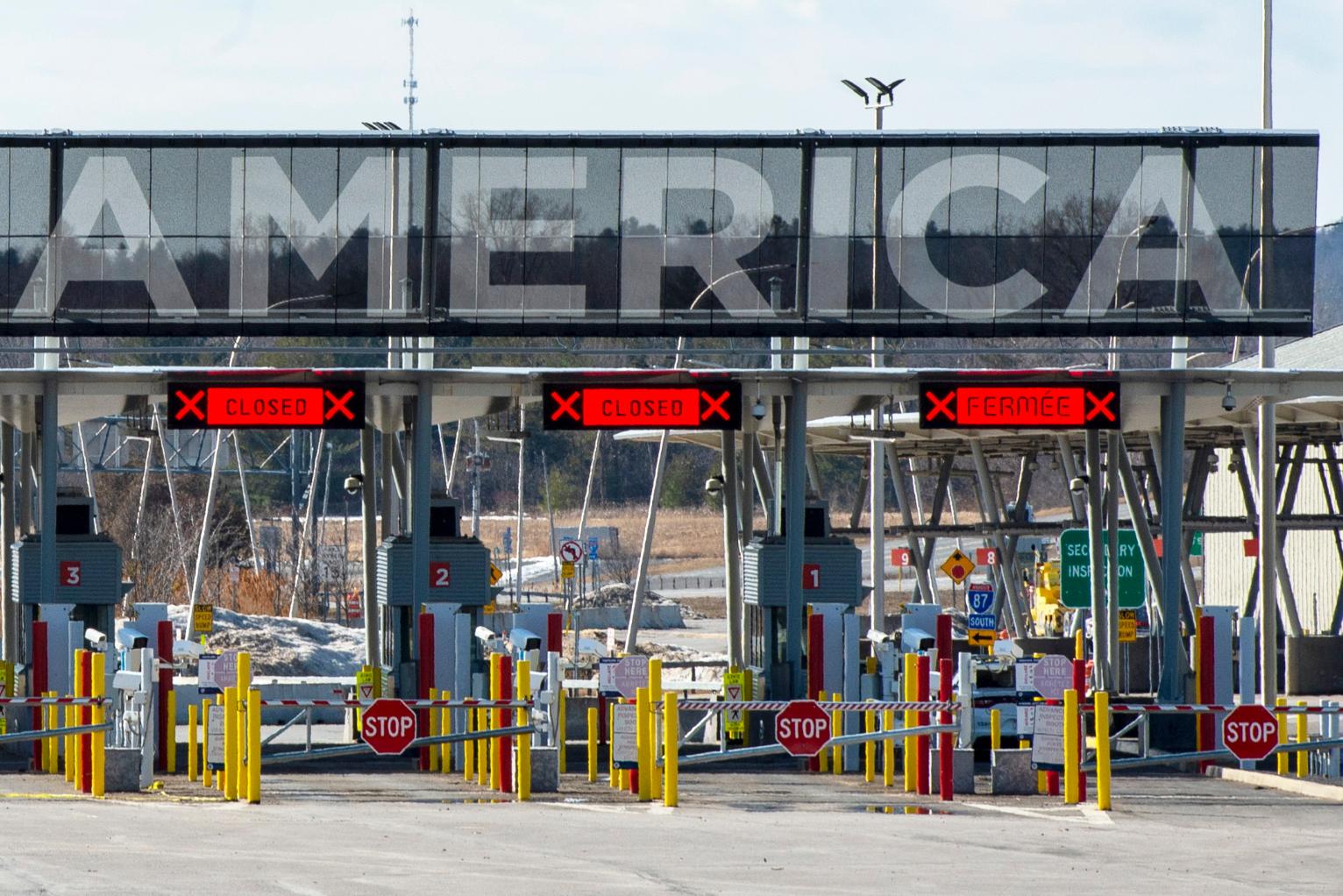 COVID-19 restrictions such as the non-essential travel ban between Mexico and the U.S. as well as business closures have left border cities economically paralyzed.

Hotels, stores, restaurants, dental offices, and drug stores along the U.S.-Mexico border have been badly hurt during the coronavirus emergency because most of their clients come from the other side of the border. Moreover, the conventions have been canceled, limiting business tourism, while cultural and recreational events were postponed.

“The border area as we know it is very unique. We’re an organism, a region that is interdependent, and we rely heavily on each other. We want the land ports reopened fully,” said Laredo Mayor Pete Saenz during a video briefing with media.

This situation has worried Texas border leaders who sent a letter to DHS Acting Secretary Chad Wolf, senators and members of Congress representing Texas asking them to cancel the travel restrictions that have been in place since late March.

“Today, as businesses in all parts of the country begin the slow climb to recovery, border communities are hamstrung as long as border crossings remain restricted,” reads a letter to Wolf signed by Mayor Pete Saenz; Dennis Nixon, CEO of International Bank of Commerce; Cameron County Judge Eddie Treviño Jr.; and Jon Barela, CEO of the Borderplex Alliance.

But this letter had no impact and the non-essential travel to the U.S. was again extended, now until August 20, and might be extended even more.

In the U.S. side of the border, the non-essential travel restrictions have impacted the sales tax, hotel occupancy, and bridge toll revenues since March. In the Mexican side, the sales have dropped drastically, especially those whose clientele was mainly tourists.

Even though U.S. citizens and legal residents are allowed to cross the border and go back to the U.S., the CBP staff reduction and long wait times are discouraging tourism into Mexico.

“There are some folks out there who may not be able to start up again once this is over,” said Laredo Chamber of Commerce President Miguel Conchas. He highlighted 80% to 90% of Laredo’s downtown retailers’ clientele come from Mexico; therefore, the economic impact will continue for as long as businesses are lacking the Mexican shoppers they depend on.

Felipe Garcia, executive vice president of Visit Tucson, said Mexican tourists and shoppers spend about US$1 billion each year in Pima County malls, stores, restaurants and other businesses. He added the travel restrictions are having a big impact on local economies.

Before the pandemic, more than 18 million Mexicans would spend an annual net of about US$19 billion at U.S. restaurants, hotels, stores and malls, official data shows.

On the other side of the border, the U.S. citizens and residents can visit local businesses, but they have been discouraged by the misinformation that prevails. They just have to pass some checkpoints where they receive COVID-19 information and their temperature is taken.

Still, healthcare facilities and dental offices remain closed because their U.S. clients are not crossing the border to get attention. These facilities have a 50/50 clientele, but they remain attending to emergencies only due to restrictions implemented by local and state governments.

Small businesses along the Northern Mexican border have been closing because they cannot survive without income and paying full payroll and taxes. Many of these cities are still in the orange stage of the pandemic; therefore, most of them cannot reopen neither fully nor partially. Between 10% to 20% of small businesses have closed definitely.

In New Mexico, the hospitality sector has been negatively impacted since March because of the restrictions, which include nonessential travel. Accommodations represents a 3% of New Mexico’s economy.

“The day after Balloon Fiesta notified of its cancelation, we have had call after call after call to cancel,” said Shelli Feichko, General Manager for the Fairfield Marriott Albuquerque Airport location. “It’s devastating; it is absolutely devastating.”

The lowest dip in occupancy for Albuquerque hotels was in April at 22.5%. The U.S. Travel Association estimates weekly travel spending is currently down in New Mexico around US$86 million from this time last year.

San Diego has a similar panorama. According to the San Diego Convention Center website, at least 50 events were canceled since the COVID-90 pandemic started, many other events are going to be virtual, while only a few were postponed. The event cancellation not only represents losses for the venues, but also negatively impacts hotels and nearby business counting on these events to have healthy finances.

The canceled events represent almost 400,000 less visitors to San Diego. The biggest convention canceled was Comic-Con, an event that had 150,000 attendees programed. Just by the events canceled from March to June, some US$203 million were lost of spending at hotels, restaurants, bars and other businesses, not to mention a regionwide economic impact hit of US$345 million, the data shows. Tourism represents 13.1% of San Diego’s economy.

The economic impact on border communities along the U.S.- Mexico region is still unknown. Border leaders are urging to allow non-essential travel as a way to revitalize the economy, but the federal governments for both countries have agreed it is better to partially close the border because COVID-19 cases are increasing, and health authorities believe this is a way to reduce the spread of the virus.