Current Overview of Airlines in Mexico 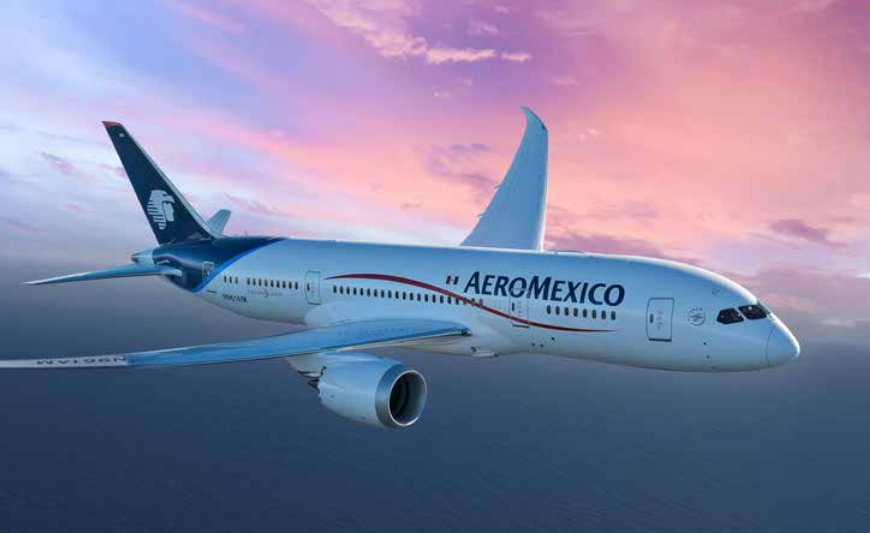 What a problem that the health emergency of COVID-19 came to bring to the airline market in Mexico and to the world. As a result of the current crisis, the global airline sector— already indebted with US$430 billion in 2019—will end this year with US$120 billion more in financial obligations, a balance of US$550 billion, according to the report of the International Air Transport Association (IATA).

The effects that the aviation sector is suffering worldwide derived from the coronavirus pandemic are worse than the combination of that generated by 9/11 (air attacks on the Twin Towers in New York) and the AH1N1 virus. “There is no comparison for the size of this crisis,” said Alexandre de Juniac, IATA CEO. In this context, he asked that governments do not call quarantines again in the event of a Covid-19 outbreak, but instead work with a tracking scheme for those suspected of carrying the disease and follow the recommendations of the International Civil Aviation Organization in health matters.

Globally, aid promised by governments to airlines will amount to US$123 billion, representing 14% of the industry’s revenue in 2019. North America has the largest support in total and percentage terms, with aid pledged at US$66 billion, 25% of last year’s revenue. In contrast, Latin America aid barely represents 0.8%, according to the latest IATA update.

“It is clear that there is a disparity between the supports destined for the different regions by their governments. Among others, the case of Mexico stands out, since the airline sector has not received any help from the government. Although it is not too late to receive support, it seems difficult that it will happen,” said an Intercam report.

According to IATA, industry revenues in Mexico are already 3.05% of the GDP. At the beginning of this year, Mexico was already seeing a drop in the commercial airline sector. Data from the Ministry of Communications and Transportation (SCT) indicated that between January and March 2020, Mexican airlines accumulated a flow of 15,229 passengers, which compared to the 15,753 that were registered in the same period last year, meant a drop of 3.3%.

Likewise, the president of Canaero, Luis Noriega, recalled that they are holding dialogues with the SCT, because there is a need to act promptly “to ensure the survival of the industry,” for which he reaffirmed the request of Canaero to reduce costs with airport groups, defer tax payments and aeronautical services, in addition to government support on unprofitable routes, since as a result of the pandemic, many domestic routes will have low demand; until May more than 4.5 million canceled flights have been registered worldwide and more than 80% of the air fleet is on the ground.

“The airport issue has had a fairly strong impact during April and May. Airports have posted drops in passenger traffic of 90 to 92%, and that will significantly impact the results of the second quarter of the year,” said Juan
Rich, director of Analysis and Strategy at Bx +.

Juan Rich stressed that although the outlook is cloudy for the next two months, a favorable key for airlines is the low price of oil, since this will help reduce their jet fuel costs, although he added that “many of the fixed costs they bring cannot be reduced to the same level as passenger traffic is
being reduced.”

According to the SCT, Mexican airlines dropped their domestic flights up to 90% in April of this year and accumulated a 26% drop in the first four months of the year.

Of the 28 markets with which Mexico had direct flights, 27 fell and only one had an increase, that of Nicaragua, which nevertheless starts from a low comparable base of just a few thousand passengers. However, the falls in
the main issuers of air travelers are the ones that worry, as was the case with the flow between the United States and Mexico. The international market is controlled by foreign airlines, for which it is not profitable to operate in the face of decreased traffic.

One of the problems of greatest concern is the financial situation of Interjet, which came with negative inertia prior to the pandemic. Interjet has been in a difficult situation for months: debts, cancellation of massive flights and even scandals by its managers. If we add the losses due to the coronavirus, the situation could not be worse. According to several specialists, this would be the coup de grace for an airline that was already on the verge of bankruptcy.

The airlines have left most of their fleet on the ground. “We see important challenges towards the first semester of 2020, mainly for Aeromexico, which is the one with the highest number of routes and the highest level of passenger traffic in the country; this will eventually bring operational challenges due to a lower offer of available seats and at the same time a lower demand for available seats on flights,” explained Brian Rodríguez, analyst at Monex airlines and airports.

The coronavirus pandemic caused the resources allocated in 2020 for the modernization of the Mexico City International Airport to be reduced by 38%, in addition to the SCT’s announcement of cancelling the design and
construction of Terminal 3.

On June 5th, the SCT reported that the construction of Terminal 3 was no longer necessary since the volume of passengers would fully recover by 2024, the date by which the Santa Lucia International Airport will already be in operation. The presidential plan is for this airport’s construction to conclude on March 21st, 2022. This work integrates the so-called Metropolitan Airport System made up of Santa Lucía, Toluca and the Mexico City International Airport.

Despite the progress, there is uncertainty in the work, since the remains of 14 mammoths were recently found in the construction area, so the continuation of the work could be at risk, as an initiative emerged on Change.org, which asks the National Institute of Anthropology and History (INAH) to declare the area as Cultural Heritage of the Nation and to resort to the practice of “archaeological rescue” with which the findings are protected by stopping construction to avoid physical damage to the area.

There’s hope of a better second semester, that the airline sector in Mexico will resume flight operations and will manage to recover sooner than projected by industry specialists.