CVG invests US$5 million in Coahuila 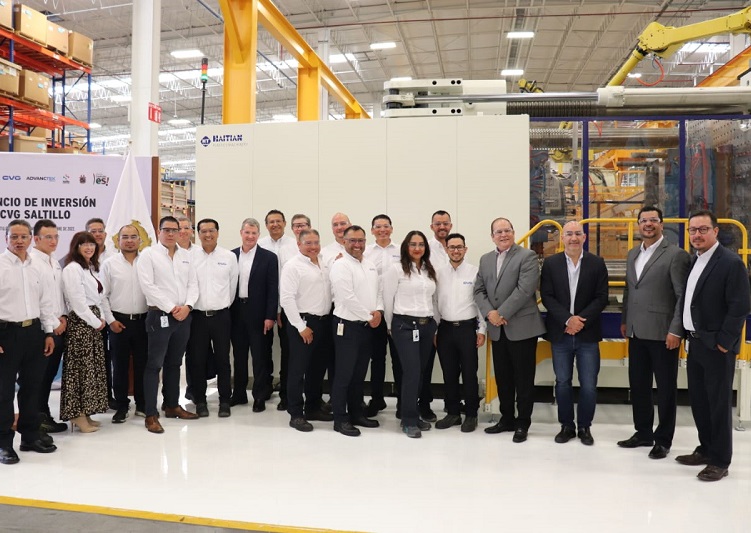 COAHUILA – The Coahuila Ministry of Economy announced that the CVG Company will invest US$5 million in 2 new, high-tonnage, state-of-the-art plastic injection equipment.

CVG was installed in 2011, currently has 1,110 employees in the region and 6 plants which serve different markets such as, commercial vehicles, recreational vehicles and manufacturing companies of various products.

“The most important thing in a company is that people look at the team of workers and that they offer solid labor unions between union, companies and government,” commented the minister of Economy of the State, Claudio Bres Garza.

He emphasized that few states can say that in 30 years there has not been a strike, like Coahuila, which is a reference in the labor union at a national level.

This investment will allow the continued growth and strengthening of the Southeast Region of the State. The economic development of Coahuila’s families is strengthened with projects of different capital origins, such as this plant, which with highly developed technology is expected to increase its production month after month,” Bres Garza concluded.