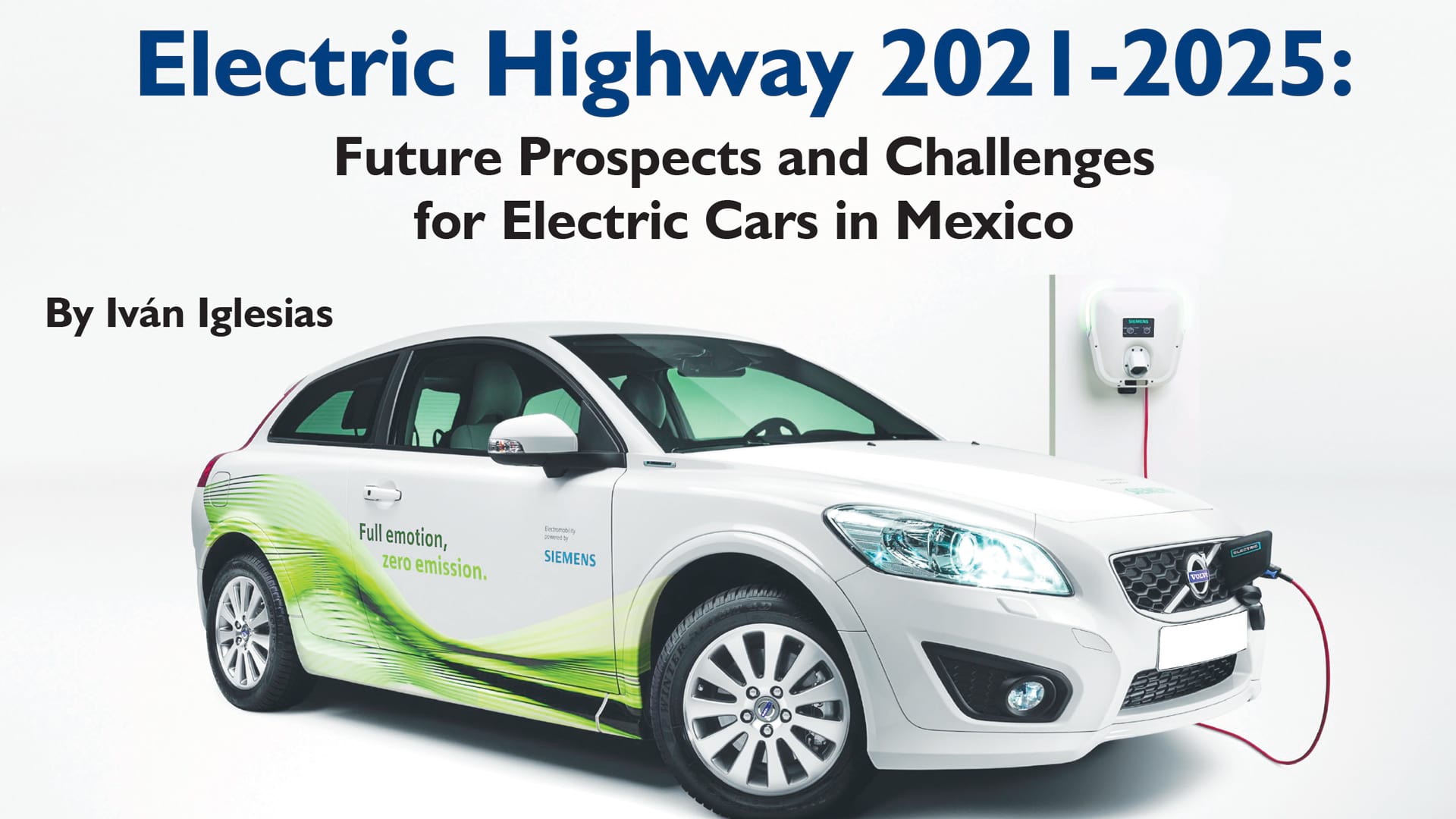 Despite the setbacks and economic contraction that occurred in 2020, according to predictions by analysts and consultants in the automotive industry, the automotive electrical market will see significant growth in the years to come. For example, according to the consulting firm Bain & Company, in its study “Electric and Autonomous Vehicles: The Future is Now,” between 2025 and 2030, at the global level the cost of electric cars will become competitive with respect to vehicles that use gasoline, even without subsidies and before taking fuel savings into account.

Once this happens, consumer attraction will be the immediate consequence, the report indicates. In the case of sales, these will achieve a greater boost thanks to technological advances in the manufacture of the units. In this sense, 12% of the new cars that will be sold around the world during 2025 will be fitted with a 100% electric drive, a figure that will
skyrocket to 50% in 2040 (Bain & Company).

“The automotive world is moving fast, especially when it comes to the innovation and technology behind electric vehicles. The decisions that leadership teams make [in their area of research and development] will be critical in determining their future competitiveness,” said Bain & Company
Global Automotive Co-Director Klaus Stricker.

At the light vehicle sales level, international studies currently indicate that, among consumers in the United States, Germany and China, 50% are considering buying an electric hybrid model as their next car, but it will still be several years until vehicle manufacturers can achieve margins with electric vehicles comparable to the 5% margin of conventional vehicles. “Still, the global momentum of electric vehicles persists, aided by incentives and government policies. In 2025, about 12% of new cars sold worldwide will be all-electric. By 2040, that number will be higher than 50%. The first companies to achieve the final goal, an affordable electric vehicle without subsidies, will obtain a valuable competitive advantage,”
Brain & Company assures.

And, what about Mexico?

According to Gerardo Gómez, Senior Country Manager Director at J.D. Power, “[Electric vehicles] are a key piece in the evolution and development of the automotive industry.” However, in the specific case of Mexico, “it is below the average adoption of electric vehicles globally due to a series of factors that do not seem to have short-term solutions,” he said.

Consequently, the projections for 2025 do not seem encouraging. According to data from J.D. Power, within five years, 25 out of every 100 units will have electric or hybrid technology worldwide. In the case of Mexico, it will be four out of every 100.

Specifically, what are the “brakes” that the electric and hybrid vehicle industry has in the country? Gómez affirms that the main points that slow down its growth are:

2) The lack of federal incentives. Mexico needs them to speed up its inclusion in the market, where tax benefits can be applied for those who buy cars that use these technologies.

3)Incipient infrastructure to recharge vehicles, both in homes and in public spaces.

Despite these challenges, growth in this market is slow but steady. The sale of electric and hybrid vehicles is growing, although it still represents a moderate share compared to the annual sale of vehicles.

According to the most recent data presented by AMIA (Mexican Association of the Automotive Industry) and AMDA (Mexican Association of Automotive Distributors), from January to November 2020, just 20,121 units of electric and hybrid vehicles were sold, which represents “a 2.4% share of the total market. The participation of electric vehicles in 2019 until the month of November was 1.9%; that is to say, although there is a fall in this type of vehicles throughout 2020, it has been less than that of the total market with which they have gained market participation,” expressed Guillermo Rosales, deputy general director of AMDA.

The boost of batteriesand harnesses
In the case of supply chains, specifically, the development of auto parts such as batteries and harnesses make the electric vehicle market represent an economic model with a great future. Globally, the “Electric vehicle outlook”
report (Bloomberg New Energy Finance) suggests that the price of electric vehicles is falling much faster than expected, thanks to cheaper batteries.

Tesla and Volkswagen plan to produce more than 1 million electric vehicles a year by 2025. Volvo has already announced that it will phase out the traditional combustion engine and that all its new models will be hybrids or run exclusively on batteries. But Bloomberg New Energy’s predictions are far more adventurous, projecting that hybrid and electric vehicles will
make up 54% of new commercial vehicle sales worldwide by 2040, exceeding combustion engine model sales.

According to the aforementioned study, the reason for this projection is the batteries. Since 2010, the average cost of lithium-ion batteries has dropped by two-thirds to US$300 per kWh. The Bloomberg report estimates it will drop as low as US$73 by 2030, without any significant technological advance, as companies like Tesla increase battery production in massive
factories, optimize battery design and improve battery composition.

In the case of Mexico, in the auto parts industry “the issue of electrification and automobiles no longer represents a challenge but a reality, and proof of this is that the electric motors of vehicles are manufactured by auto parts companies,” Oscar Albin, executive president of the National Auto Parts Industry, expressed during the “Intelligent Mobility” discussion, as part of BAM 2020 (Business Automotive Meeting). In relation to the greatest challenges that the supply sector has in the electrification fields, Albin considers that in our country, the manufacture of vehicle components with this characteristic is already being considered. “One of the auto parts that will grow the most with the autonomous electric vehicle will be the harnesses.

Therefore, this sector will be one of the great beneficiaries of this technological change; although there will be companies that will lose, such as foundry and engine manufacturing. However, this one has many years ahead of it,” he said.

Greater support
In this way, if adverse circumstances do not appear to affect the production and displacement of electric vehicles, all the growth forecasts for this market at a global (and national) level seem to coincide in its importance and in its need to further promote to that mobility trend changes in future years.

To achieve this, it is necessary for the entire automotive industry to work even more closely to achieve its expansion in the market and, for this, the government must also be included. Gerardo Gómez, senior director and
country manager at J.D. Power Mexico, said, “In Mexico we have a lot of work to do for the entry of the latest generation [of electric] vehicles because government incentives are required for the technology to positively impact the country.” What will be the result? Only time will tell.