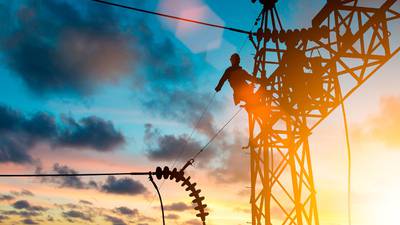 MEXICO – After President Andrés Manuel Lopez Obrador received U.S. Special Climate Envoy John Kerry, the U.S. Embassy in Mexico issued a statement in which it pointed out that the electricity reform promoted by the President could represent a possible violation of the fundamental obligations of the T-MEC, which puts billions of dollars of potential investment in Mexico at risk.

The public statement issued by the U.S. Embassy in Mexico mentions that minister Kerry and Ambassador Ken Salazar reiterated the important concerns that the United States has raised about the changes in Mexico’s energy policy, both the proposed constitutional amendment and the changes to the Electricity Industry Law.

For the United States, the electricity reform promoted by the Mexican government could imply an increase in greenhouse gas emissions. In this regard, Kerry stated that both countries must accelerate the fight against climate change, and to do so, it is necessary to work together to take advantage of the economic opportunity presented by the development of clean energy.

It is worth mentioning that this was the third trip made by John Kerry in the last five months, the three related to the electricity reform promoted by President Lopez Obrador.

“The U.S. government is seeking to provide support in this bilateral relationship in the global fight to avoid the worst consequences of the climate crises,” said John Kerry.

It is worth mentioning that President Lopez Obrador rejected that a group of U.S. government officials would review his electricity reform initiative.

“Yes, there was a proposal to maintain communication on the subject, but it was not accepted. Maybe they thought that this was going to be accepted and someone went ahead to say that we were going to accept a group that would almost watch over our performance”, said the President.

Such group would be headed by Ambassador Ken Salazar, of whom Lopez Obrador commented that he has open doors and there is a good relationship.

“There is a big difference between listening, informing, conversing, communicating and imposing a group to watch over us; maybe in other times when governments were submissive, but we are no longer in the past,” he added.