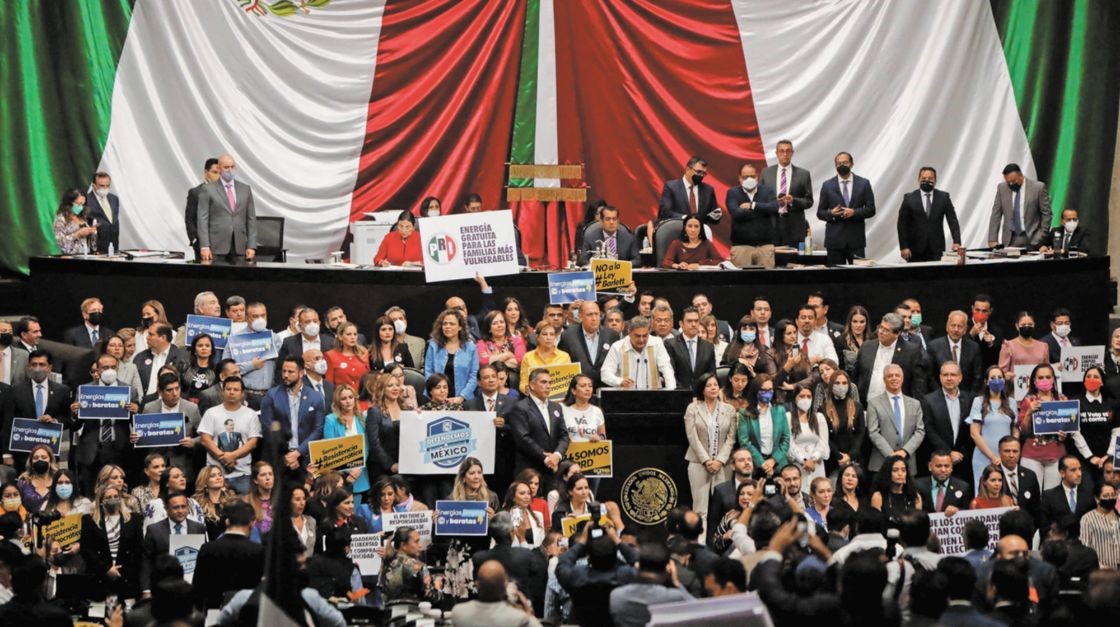 MEXICO – After more than 13 hours of discussion, opposition deputies prevented Andres Manuel Lopez Obrador’s electricity reform from being approved, the first time that an initiative backed by Morena and its allies has been reversed.

With 275 votes in favor of Morena and its allies but with 223 votes against from PAN, PRI, PRD and MC legislators, and zero abstentions, the president’s electric reform did not obtain a qualified majority and was therefore rejected, since 332 votes were needed for it to be approved.

President Andres Manuel Lopez Obrador, before the vote, reiterated in his social networks that even if his electric reform proposal did not pass, lithium will be protected due to the mining law he already sent to the Chamber of Deputies.

The rejected electric reform bill sought the hegemony of the Federal Electricity Commission (CFE) by giving 54% of the national market in the generation of electricity consumption, and 46% to the private sector. This was one of the main criticisms of the opposition, which pointed out that it gave power to the head of this agency: Manuel Bartlett.

This reform modified articles 4, 25, 27 and 28 of the Constitution and added transitory provisions to establish that the electricity generation permits granted and the contracts for the purchase and sale of electricity to the private sector would be cancelled, as well as the applications pending resolution.

In addition, it stated that private sector electricity generation would be subject to the planning and control of the CFE. It also recognized the existing distributed generation contracts and maintained the current conditions for new contracts up to 0.5 MW.

An exception to this limit was made for municipalities and non-profit social sector organizations, which could enter into contracts for self-consumption with distributed generation, up to 1 MW, complying with the requirements established by the CFE.