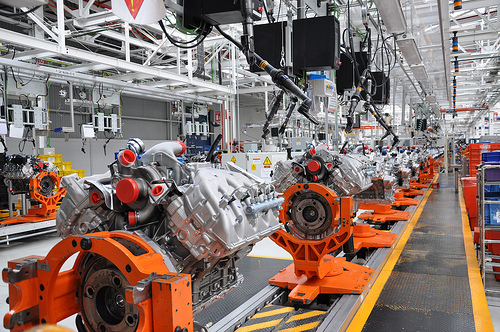 CHIHUAHUA – Entrepreneurs from Chihuahua City considered that Ford Motor Company’s position on the unsustainability of the production of the plant located in the capital is a “wake-up call” for the automotive sector in the state to start operating at 100% capacity.

Faced with versions that pointed to the limited production of engines in that factory put at risk the operation of the Ford assembly plants in the United States, the company said its factories will continue to operate at 100%, although it noted that productivity in this state was not sustainable.

Chihuahua’s plant is operating at 50% of its capacity, in compliance with the mandate established by the State Government as the territory is at an orange light due to registered cases of coronavirus.

“We are reviewing the case, but it is important that the automotive industry works at 100% as in the rest of the world, otherwise a very big bottleneck could be generated. For Ford, the Chihuahua plant is the largest engine manufacturer globally, so if production capacity is not increased there may be a problem with the chain,” said Francisco Santini, president of the Business Coordinating Council (CCE) of Chihuahua.

Given the possibility that the company will withdraw the factory, Santini said that the capital’s business community does not foresee this scenario.

“We do not see a risk of a plant as productive as Ford Chihuahua has been, with so much experience and the capacity of its technicians and engineers, leaving the city; that scenario looks very complicated, but it is important that this plant resumes the production it has to supply its entire chain,” he reiterated.

Luis Carlos Ramirez, president of the Association of Maquiladoras and Export Industry (Index) of Chihuahua, said that the longer a limited production in the automotive sector goes on, the problem may worsen.

“This is a wake-up call to start monitoring the important investments we have, let’s remember that at this time we are all subject to the health measures that are being dictated to us and it is an effort by all of us on how the health traffic light behaves,” he said.

Although he said he did not have enough elements to determine if the continuity of the plant in Chihuahua is at risk, he stated that the impact due to its limited production could be very serious for the Ford chain.