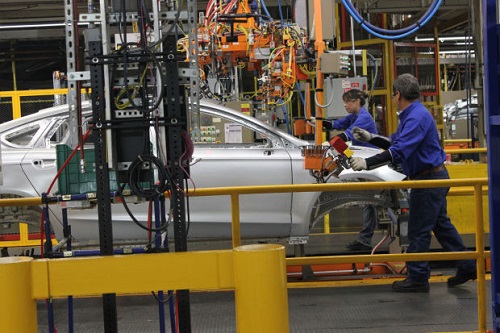 Ford Motor Co. announced today temporary shutdowns at four plants —two in the U.S. and two in Mexico— over the next several weeks, including production of its best-selling F-150 pickup truck at the Kansas City facility, in attempt to match production to demand and to meet year-end inventory targets.

The measure also affects assembly plants in Louisville, Kentucky, which builds the Ford Escape and Lincoln MKC; Hermosillo, Sonora, where the Fusion and Lincoln MKZ sedans are built and Cuautitlan, State of Mexico, that makes the Fiesta subcompact.

Other F-150 production lines at the Dearborn Truck Plant in Michigan will continue without interruption, Ford said.

About 13,000 Ford hourly workers will be laid off during the temporary shutdowns. There are nearly 14,000 workers at the four plants, the company said. Some of them are salaried managers.

The temporary shutdowns come the same week that Flat Rock Assembly restarts production in Michigan after a week-long downtime for Mustang production.

“We continue matching production with demand to ensure we are at our targeted inventories by year end,” Ford spokeswoman Kelli Felker said in an emailed statement.