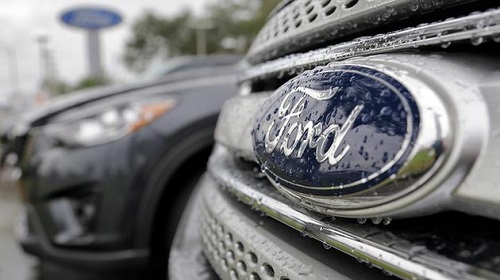 Ford Motor Company will end small-car production in the United States by shifting it all to Mexico in the next two to three years, US media reported.

The company will invest $1.1 billion to expand an engine plant in Chihuahua and another $1.2 billion to build a new transmission plant in the Mexican state of Guanajuato that is projected to employ 2,000 workers by 2018. Also plans to build a new $1.6 billion assembly plant in San Luis Potosi that will employ 2,800 by 2020.

The only small cars still produced in the U.S. are the Focus and C-Max, built at Michigan Assembly in Wayne. Ford announced last year it would end production of those vehicles in the U.S. in 2018, but until now has not confirmed where they would go. The Detroit News first reported last year it wants to replace those products in Wayne with the Ranger midsize pickup and Bloomberg has said it could also include the Bronco SUV.

Ford also makes the Fiesta, Fusion and Lincoln MKZ in Mexico. It will continue to build the Taurus, Lincoln Continental and Mustang in the United States.

The announcement by President and CEO Mark Fields was part of Ford’s investor day, in which it offered a new strategy for how it’s dealing with its slow-selling small cars.

Among its changes: it reduced available Ford Focus combinations from 200,000 in 2015 to approximately 300 for the 2017-model year and 30 for the next-generation Focus. That’s saving the company about $300 per car, Ford said.