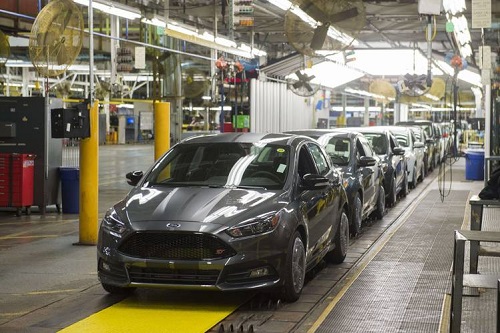 Republican Presidential nominee Donald Trump continued to voice his concern and disdain for Ford’s movement of its small car production from the United States to Mexico shortly into Monday night’s debate.

“So Ford is leaving. You see that their small car division [is] leaving. Thousands of jobs leaving Michigan, leaving Ohio. They’re all leaving. And we can’t allow it to happen anymore,” Trump said during the debate.

Ford wasn’t the only one firing back, the United Auto Workers who has publicly supported Hillary Clinton for president, also tweeted about the issue:

Shifting production of the Ford Focus to Mexico is part of a labor contract Ford ratified with the UAW in November. Ford is moving two new vehicles to the Michigan plant where the Focus is produced, and the existing U.S. workforce at the plant will make those vehicles. A Ford spokeswoman said there is no impact on U.S. jobs.