Foreign Trade and Mexican Exports in 2021 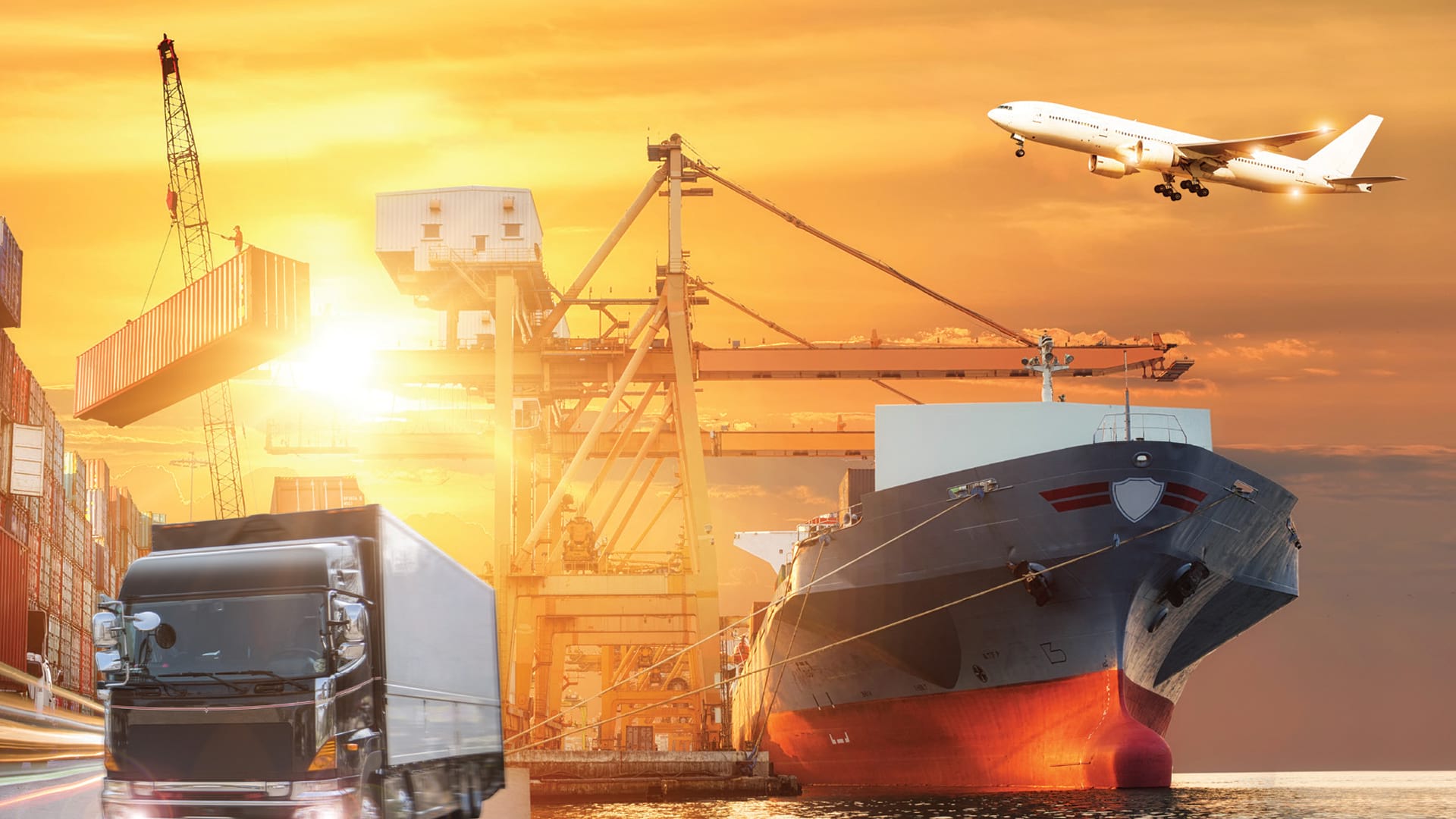 For decades, Mexico’s foreign trade has been one of the main engines of national economic growth and development, but the economy is now being affected by the COVID-19 pandemic. In this sense, one important objective of the Mexican government is to promote the recovery of economic and commercial activity, taking into account the marked decrease in the volume of global merchandise exchange in 2020, followed by a forecast increase of 7.2% by 2021, according to data from the World Trade Organization (WTO).

The importance of foreign trade is clear; proof of this is in the spending programmed to promote this item in the Federation Expenditure Budget (PEF) 2021, which is expected to increase 6.1%, compared to the participation of PEF 2020 that was US$33,875,107. The distribution for this year will be applied as follows:

Within the first subsection, the program of Negotiation, Administration and Defense of International Trade and Investment Treaties and Agreement stands out, which will have a budget of just over US$28 million. In the second, the General Directorate of Foreign Investment will receive almost US$1.6 million, in addition to the US$1.9 million for the Promotion of
Foreign Trade and Attraction of Direct Foreign Investment program.

In recent weeks, the general director of the Mexican Business Council for Foreign Trade, Investment and Technology (COMCE), Fernando Ruiz Huarte, affirmed that Mexico’s foreign trade continues to be one of the main growth levers of the national economy. He pointed out that Mexico’s GDP will grow 4%, since a weak growth in the domestic market is perceived; “that is, what is going to pull Mexico’s growth, fundamentally will be the growth of our exports and the recovery of the United States.”

He also recalled that the export figures in 2020 ended below 9% compared to 2019, where the main destination of shipments was the United States with 81% and Canada with 2.7%, which indicates that “we sent 83.7% of
our exports with the USMCA.”

Just last year, foreign trade was recovering from the 2008-2009 crisis, when COVID-19 pushed it back to historic lows.

According to the Economic Commission for Latin America and the Caribbean (ECLAC), the region’s exports fell 13% in 2020, an alarming figure considering that over three decades the Latin American economies have been reconfigured in terms of the export sector. During the presentation of the report “Prospects for International Trade in Latin America and the Caribbean,” the executive secretary of the United Nations, Alicia Bárcena, said that the foreign trade sector has ceased to be the economic engine of the region, since it stopped its rise as a percentage of GDP. Among the pitfalls, she affirmed, digital substitution, the emergence of productive nationalisms and regionalisms, the regionalization of the main economic blocs and the reorganization of world production are relevant changes to the trade in goods created as an outcome of the coronavirus.

Despite this landscape, Bárcena offered a note of optimism by pointing out that the relocation of global value chains, thanks to nearshoring, could favor Mexico by strengthening its link with the United States. For the official, our country is the Latin American nation that could benefit the most from this trend, while also taking into account the help of the USMCA.
In a separate forum, Ricardo Aguilar Abe, chief economist at Invex Financial Group, said that the external sector will be the main engine of the national economy this year, since “the variables that reflect the behavior of domestic demand, mainly employment, consumption and investment, remain weak.”

In the study “The outlook for the economy in 2021,” Aguilar Abe points out that GDP is likely to grow approximately 3.5% this year, a figure that does not offset even half of the decline recorded in 2020, “because there was poor control of the pandemic since the beginning, and then there were mobility restrictions and the shutdown of activities in sectors classified as nonessential last December.”

What awaits in 2021?
Specialists foresee that Mexico can rebuild itself thanks to foreign trade and
thus recover the lost historical values of international commercialization. To achieve this, two words are key:

Consolidation: According to an analysis by the Thomson Reuters agency, confidence in some specific sectors, such as automotive and electronics,
must remain intact to not only reactivate foreign trade but also consolidate its leading manufacturing markets and sectors.

Diversification: Another important factor to keep in mind, according to the study, is that it’s not feasible for countries to depend on a single source of essential products. Therefore, for Mexico this situation may be an opportunity for the diversification of international trade by creating
new market niches.

Exports
Additionally, the impulse that the government gives to foreign trade will give a natural boost to Mexican exports. If the necessary conditions exist
in our country, exports could grow 9%, which would result in the Gross Domestic Product (GDP) reaching 4% in 2021, as estimated by the COMCE.

But, despite the optimistic outlook for foreign trade, the scenario is uncertain as many numbers are still tentative and, at times, disparate. In contrast to the 9% increase in exports predicted by COMCE for this year, the Economic Commission for Latin America and the Caribbean (ECLAC) predicts a rebound of up to 25% in our exports, after an estimated 13% drop in 2020. This is predicted to happen at a faster rate than the average
for the Latin American region, where it is estimated that they will rebound between 10-15%, supported by the estimated recovery of the United States and the distribution of the COVID-19 vaccine, said Alicia Bárcena, secretary executive of this body.

“This [will happen only if], considering a better macroeconomic environment, with caution that these figures should be used, assuming
the recovery of the United States, there is truly a boost to the value chains between Mexico, the United States and Canada and, of course, there is an effective distribution of the vaccine,” said Bárcena at the presentation of the annual report “International Trade Outlook for Latin America and the Caribbean 2020” at Santiago, Chile.

Furthermore , J e s ú s Garza, professor at EGADE Business School, from TEC
de Monterrey, points out that a very good year in the U.S. could also benefit investment in Mexico. “We cannot depend on exports to grow, (…) we need to think about reactivating investment; it is the only thing that can give us an increase in the country’s productive capacity,” he said. In order to attract more investment, the expert pointed out that clear rules are needed, so the government must stop paying uncertainty to the entry of new
foreign capital.

Also, Ernesto Acevedo, undersecretary of Industry, Commerce and Competitiveness of the Ministry of Economy, has spoken in this regard, stating in various forums that the Mexican export market and the fiscal support of the United States could be an important engine for
Mexico’s economic recovery in 2021, even with a growth
rate of over 6%.

The official highlights that this year a new, more efficient optimization process in value chains will be observed, which will open new opportunities for Mexican exports. In this way, automotive exports would be the spearhead of this dynamism, since Undersecretary Acevedo argues that in 2021 total sales are expected to amount to 16.2 million vehicles, compared to 14.5 million in 2020. “This increase will really help Mexico,” he said.

Another important factor for the recovery will be the fiscal supports in the United States, since they will cause private consumption to increase in that country, which will have a positive effect on the productive
processes in Mexico.

Finally, the undersecretary of Economy stressed during his participation in the seminar “Economic Outlook 2021: The road to recovery” that the active relocation policy implemented by the Ministry of Economy will encourage the approach of many global companies to increase their production in the country and also to attract new production processes.

With all this, it is expected to see this new year full of momentum for foreign trade and Mexican exports. If things go as expected, Mexico could enter a path of economic recovery, as long as no new pandemic mishap and/or political turn is encountered along the way.