GM to produce only electric cars starting in 2024 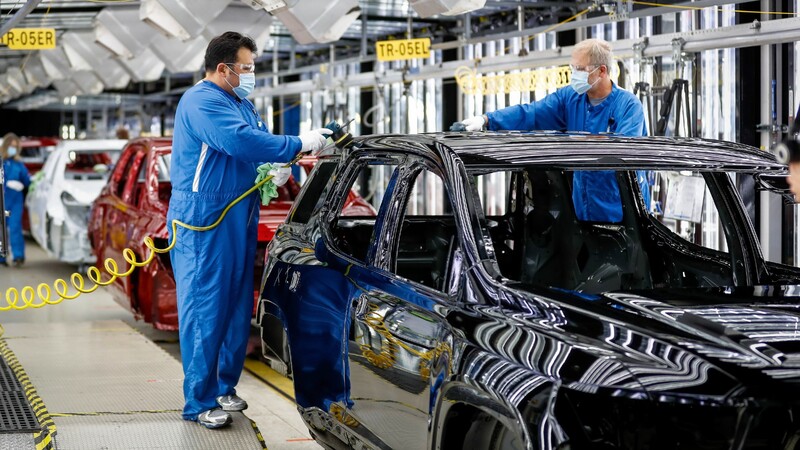 RAMOS ARIZPE, COAH – General Motors will produce only electric cars at its complex in the Mexican city of Ramos Arizpe, Coahuila, informed the minister of Economy, Raquel Buenrostro.

The official and the company announced the increase of 4,500 jobs, promoting gender inclusion in its workforce.

General Motors plans to launch more than 30 electric vehicles worldwide from 2022 to 2025.

The first Ultium-based products launched with the GMC HUMMER EV and BrightDrop EV600 in 2021, followed by the Cadillac LYRIQ in 2022.

This all-new platform is flexible and will be leveraged across multiple vehicle brands and sizes, driving styles and configurations, enabling rapid response to customer preferences and a shorter design and development timeline compared to our ICE vehicles.

Then, in November 2021, General Motors began production at GM’s Detroit-Hamtramck Factory ZERO Assembly Center (Factory ZERO), which was converted to a fully dedicated EV facility to produce the GMC HUMMER EV and the upcoming Cruise Origin and Chevrolet Silverado EV, which it unveiled in January 2022 at the Consumer Electronics Show in Las Vegas, Nevada.

In the same month, it announced it would convert its Orion Township, Michigan, assembly plant for production of the Chevrolet Silverado EV and electric GMC Sierra.

In addition, the company has announced plans to mass produce battery cells for these and other future electric vehicles through Ultium Cells LLC (an equal joint venture with LG Energy Solution) in Lordstown, Ohio, Spring Hill, Tennessee, and Lansing, Michigan.