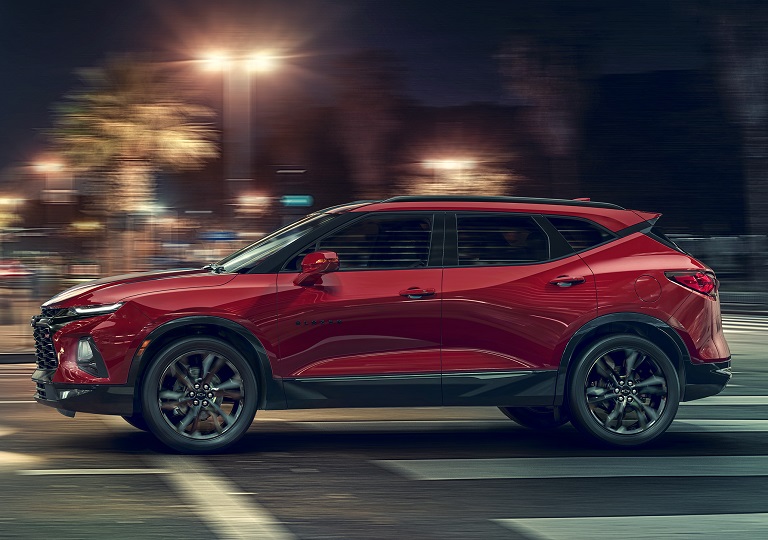 Well, the speculation is over. Yesterday Chevrolet confirmed that is bringing back the iconic Blazer nameplate except that technically is not a SUV, but a mid-size, five-passenger crossover that will fit between the Equinox and the third-row seat Chevy Traverse.

The unit will be powered by an inline 193 horsepower 2.5L 4-cylinder engine or an optional 305 horsepower 3.6L V-6 with torque enough to tow up to 4,500 pounds. Both will come with a 9-speed automatic transmission and optional all-wheel drive.

There will be a sporty “RS” version and a higher-end Premier version, both packed with dual-clutch transmission and all-wheel drive.

Chevrolet will also offer a lot of options for customization. There will be “a wide range of interior styling choices for the different models, achieved through several color and trim choices,” Chevrolet said.

As MexicoNow previously reported, the preproduction units have already rolled out of the Ramos Arizpe assembly plant, in the Northern state of Coahuila, with production scheduled to begin by the end of year.

Last night a spokesman for General Motors confirmed to Reuters that the crossover will be built in Mexico “despite criticism by U.S. President Donald Trump over making vehicles abroad.”

“We remain committed to working with the administration on a modernized NAFTA,” spokesman Pat Morrissey said, adding the decision was made years ago.

Chevrolet will now sell 6 SUVs and crossovers, from the subcompact Trax crossover, also built in Mexico, which starts at US$ 21,000, up to the US$ 50,000+ full-size Suburban SUV.

“Chevrolet has been at the forefront of each of the major automotive industry trends by anticipating consumer demand and delivering innovative products like Bolt EV, Colorado and Trax,” said Alan Batey, president of GM North America and head of Global Chevrolet. “The introduction of the all-new Blazer builds on that momentum and further strengthens the most comprehensive lineup of crossovers and SUVs on the market today.”

The Chevrolet Blazer will arrive at U.S. dealerships in early 2019. Additional details and pricing will be announced closer to the start of production.