Grupo Modelo will deliver 600,000 bottles of drinking water due to Covid-19 pandemic 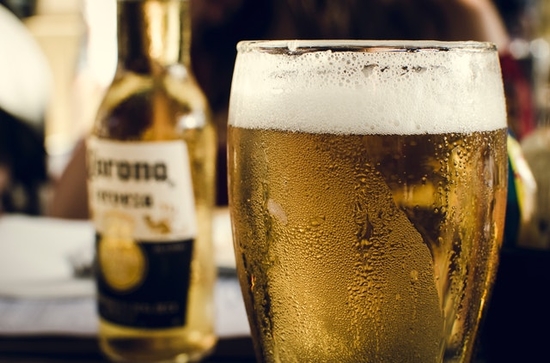 STATE OF MEXICO — Grupo Modelo, in collaboration with the government of the State of Mexico, delivered 100,000 bottles of purified water to vulnerable groups in support of the health contingency resulting from Covid-19.

“The Corona beer production line used the glass containers of its emblematic bottle that are normally used to package the beers in its portfolio to distribute water, which met the same quality standards as those implemented in its usual production processes, ” the company said in a statement.

The previous initiative corresponds to the 600,000 drinking water bottles that the company will deliver to the governments of Mexico City, Hidalgo, State of Mexico and Conagua, said Fernando Morales, director of external communication and internal reputation of Grupo Modelo. “This water is bottled in our Corona presentation, which would normally be full of beer, now we are going to fill it with drinking water for people who need it,” he said.

Grupo Modelo launched more than 10 initiatives divided into three pillars: support for the authorities; business and operation allies; and for the general public.

In late March, the brewing company announced the donation of 300,000 bottles of antibacterial gel, extracted from its Zero Crown production process. Fernando Morales specified that, so far, the IMSS Foundation delivered just over 209,000 bottles.

“Another initiative that began to be carried out was the delivery of 210,000 liters of water weekly through the government of Mexico City and in particular the Mexico City Water Service (Sacmex),” mentioned Morales.

The manager pointed out that this water is not drinkable, but is used for everyday use at home such as: washing dishes, washing clothes, bathing, washing hands, among others.

On the other hand, through the “Help a restaurant” initiative by Stella Artois, Grupo Modelo activated a digital platform where consumers can buy a gift card and the brewer will double the value of the aid.

“This aid is deposited to the restaurants to keep a little of their payroll, to pay the expenses they have so we can help them stay alive in some way in the circumstances; when the pandemic ends, they will be able to use the amount of the gift card and the one added by the company, ” said Fernando Morales.