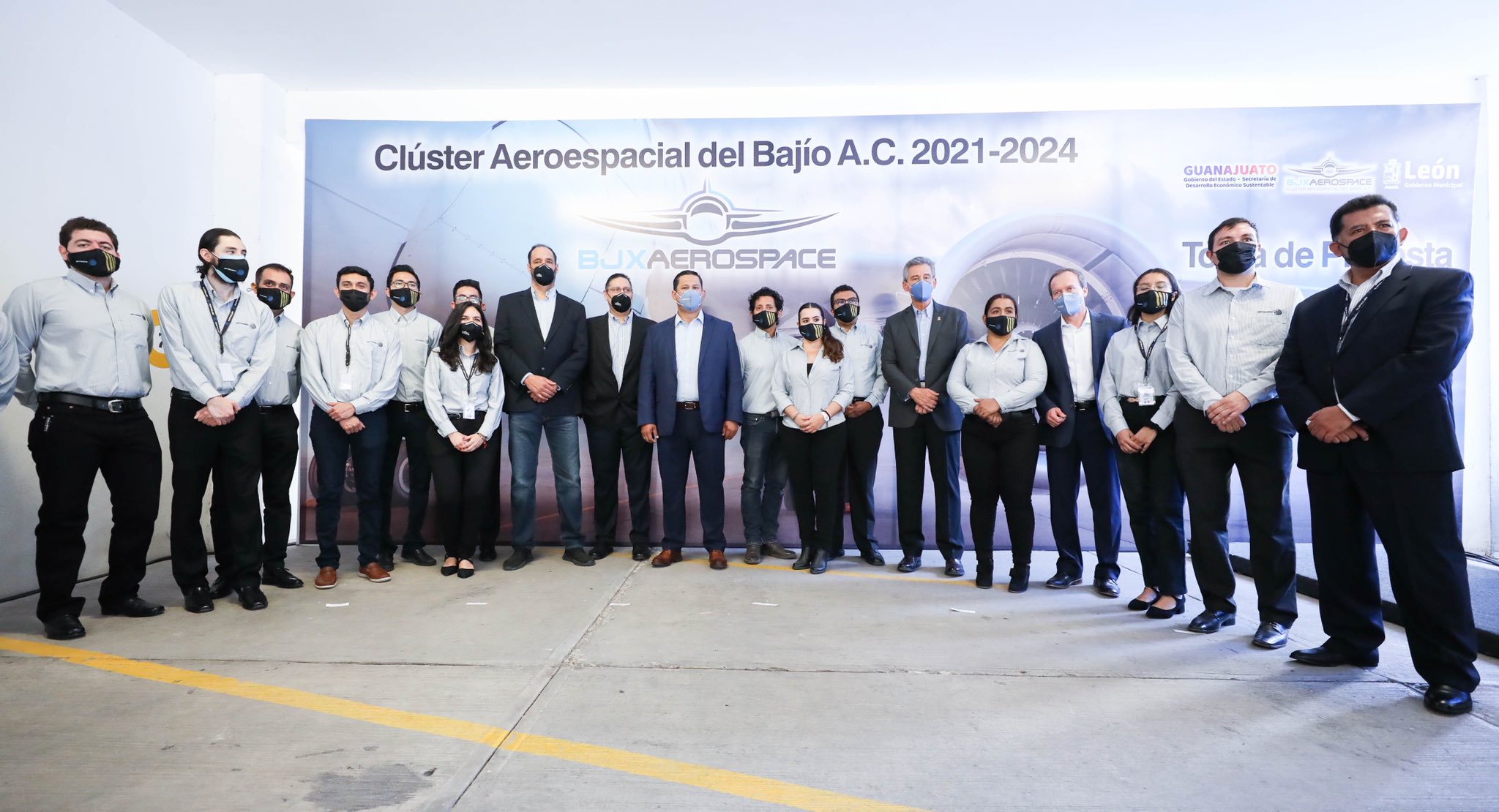 GUANAJUATO – During the 2021-2014 period, the Bajío Aerospace Cluster will focus efforts on technological development to face the new challenges required by the aerospace industry and detonate the aeronautical sector of the state of Guanajuato, announced Óscar Rodríguez Yáñez, new president of the group.

During the event of the Bajío Aerospace Cluster takeover for the 2021-2024 period, Rodriguez Yáñez  pointed out that the Mexican aerospace sector is already going through  a recovery plan, so attention should be redirected as well as attacking the new challenges.

Rodrígues Yañez pointed out that, although the Mexican industry has manufacturing as its strength, it also has important capacities in “mentefactura”, an instrument for generating wealth and well-being using as a basis in the knowledge and experimentation of new ideas.

“We have many strengths in the manufacturing part, but the most important thing is that we have the part of the mind-invoice, and we must push it more and more (…) We have to consider all the trends to be a spearhead economy”, explained the president of the Cluster.

Among the objectives set by the cluster is the migration of companies dedicated to the automotive industry to aeronautics. The president of the aerocluster pointed out that, to date, two companies are in the process of reconversion to the aerospace sector, however, he did not reveal their names.

According to Rodríguez Yáñez, education, innovation and creation, together with key alliances with different actors in the sector, are pillars that will sustain the growth of the aerospace industry in the state.

In terms of education, explained the president of the cluster, not only should the training of talent be taken into account, but also entrepreneurs and companies should be taught to adapt to new technologies, in addition to changing or diversifying their business models.

Regarding innovation, the new president of the cluster explained that it is necessary to undertake and culminate these projects in something tangible that generates favorable results for the sector, and thereby strengthen the aerospace ecosystem of the region.

The president expressed that he will seek to collaborate with the Federal Civil Aviation Agency, with the Mexican Federation of the Aerospace Industry and the aero clusters of Querétaro, Chihuahua, Monterrey, Sonora, Baja California, with technology parks, research centers and with the Aerospace Fair Mexican.

“All the alliances that are created must be united and made in a country project (…) I think we have a great challenge but I am convinced that we have the knowledge to do it. We can make the sector one of the most important in Guanajuato ”, explained the president of the cluster.