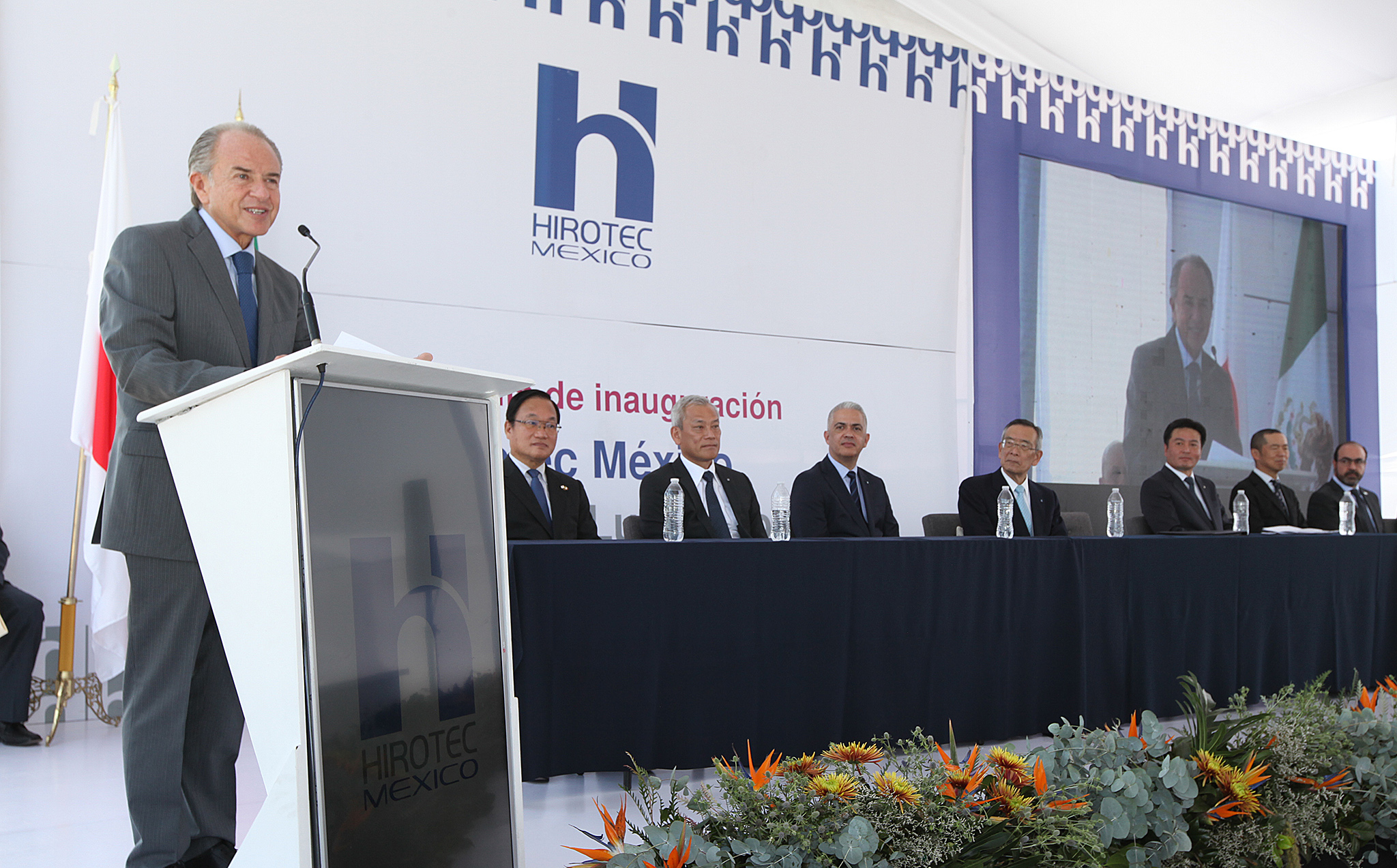 VILLA DE REYES — With an investment of US$53 million, the governor of San Luis Potosi, Juan Manuel Carreras López; the consul of Japan in León, Ozamu Hokida and the vice president of the Hirotec Corporation, Toshifumi Uno, started the operations of the new plant in Villa de Reyes, which will provide the BMW plant in the entity.

After thanking Japanese investors’ trust in San Luis Potosi, the head of the State, stressed that the metropolitan area brings together the value chain of industrial production, with supply and manufacturing, which consolidates the entity as a benchmark in the automotive sector.

Carreras Lopez pointed out that there are currently 38 Japanese companies in San Luis Potosi, which is a sign that the entity’s economy is a healthy, strong and dynamic one.

For his part, Takahiro Hayama, president of Hirotec Mexico, stressed that this is the fourth city in the American continent where one of the company’s plants is installed; the primary function of the headquarters in Villa de Reyes will be to provide parts for the Series 3 vehicle that produces the BMW’s facility in San Luis Potosí.