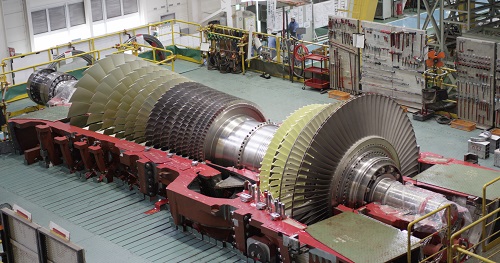 Iberdrola, which holds a similar program annually in Spain, extended the recognition program abroad to Mexico in 2016 to reiterate its commitment to economic and social development of the communities where it operates.

“The program reflects the importance of supplier partners in meeting Iberdrola’s objectives,” said the Spain-based company in a press release.

“Mitsubishi Hitachi Power Systems Americas is proud to receive the Iberdrola Outstanding Equipment Provider Award,” said Browning. “Iberdrola has a global reputation as a leading energy producer and our partnership with the company is important to our long-term success in Mexico. Our two organizations share a common philosophy when it comes to quality, innovation and outstanding corporate citizenship, so this recognition is truly an honor.”

MHPS Americas has been working with Spain-based Iberdrola SA in Mexico on several projects. In 2016, MHPS Americas signed an agreement with Iberdrola to supply two J-series gas turbines, a steam turbine and long term service agreement for the 890 megawatt (MW) Noroeste Power Plant.

In addition to being trusted partner and having a technology with a track record of successful operation, Mitsubishi Hitachi Power Systems has the only gas turbine with an industry leading reliability of 99.2 percent

– Iberdrola secures permits for wind and solar plants in Mexico