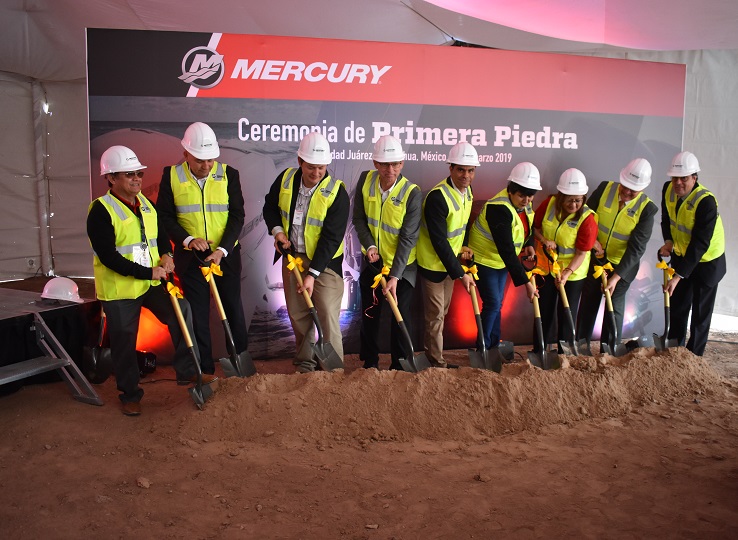 Executives from boat engines manufacturer Mercury Marine hosted a breaking ground ceremony last week to begin the construction of its second production plant in the border city of Juárez, Chihuahua, where the company has operated for more than 30 years.

The company plans to invest U10.5 million to build the facility at the Bermudez industrial park and 300 jobs will be created by the time the plant becomes fully operational.

Mercury Marine’s first plant in Juarez has a staff of more than 700 employees that manufacture wire harnesses, control boxes and electrical parts.

During the ceremony, company executives took the opportunity to award recognition to 10 employees who have worked for Mercury Marine for 30 years, thanking them for their dedication.