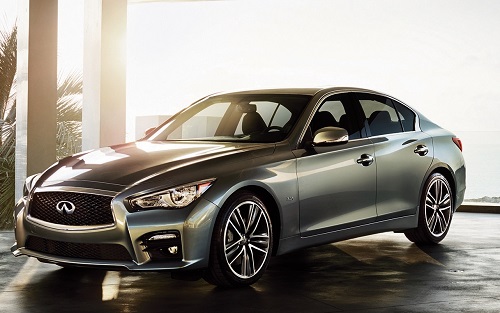 Nissan’s luxury brand Infiniti reported sales of 11,413 vehicles in the U.S. during September, an increase of 11.7 percent versus prior year for its best September ever.

With 4,359 vehicles sold, the Q50 Sports Sedan had an increase of 22.5 percent for its all-time best September. September marked the first sales of the all-new Q60 sports coupe with an increase of 92.6 percent to 497 vehicles. Overall, Infiniti coupes and sedans are were up 14.5 percent for the month.

Its range of premium automobiles is currently built in manufacturing facilities in Japan, the United States, United Kingdom and China. Infiniti plans to also expand manufacturing into Mexico on 2017, by opening a US$ 1.4 billion plant in Aguascalientes in a partnership with Daimler.

The facility will have an initial annual production capacity of more than 230,000 vehicles and will create about 3,600 direct jobs by 2020. Depending on the market development and customer demand, there will be the potential to add additional capacity. Production of Infiniti vehicles will begin in 2017, while the first Mercedes-Benz vehicles will roll off the line in 2018.

At the Paris Motor show this week, Infiniti debuted its ground-breaking VC-Turbo engine, the world’s first production-ready variable compression ratio engine as well as the design evolution of the QX Sport Inspiration. It also showed for the first time the 2017 Q50 sports sedan, which will be arriving at Infiniti retailers soon.