Inflation decreased by 7.80% in November 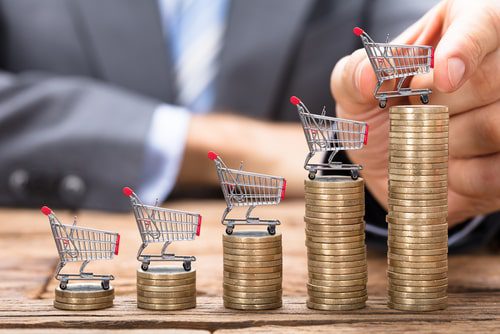 MEXICO – Consumer inflation reported a significant deceleration last November, according to data released by the National Institute of Statistics and Geography (Inegi).

In the penultimate month of the year, the National Consumer Price Index (NCPI) showed a monthly increase of 0.58%, while the annual rate was of 7.80 percent.

This is the first time inflation has been below 8.00% since last June; however, it remains above the Bank of Mexico’s (Banxico) target of 3% +/-1 percentage point.

The market was already discounting a slowdown due to the “Buen Fin” program, which is characterized by a decrease in prices due to the offers that are implemented.

However, the November figure surprised analysts, since they expected inflation to stand at 7.93 percent.

Throughout the year, inflation has been one of the red lights for economies around the world due to its high levels, which has led central banks to tighten their monetary policies.

Although a marked slowdown in inflation was reported, pressures on consumer prices continue.

Core inflation, which eliminates from its calculation goods and services with more volatile prices, showed a price increase of 8.51 percent, higher than the previous figure of 8.42 percent in October.

On the other hand, merchandise continued to be the main pressure, with an increase in prices of 11.28 percent, while services increased by 5.35 percent.

On the non-core inflation side, the increase in prices in annual comparison was of 5.73 percent.

Within the country, agricultural products were the most affected, with an increase of 8.89 percent, while energy and government-authorized tariffs presented an annual rate of 3.23 percent.