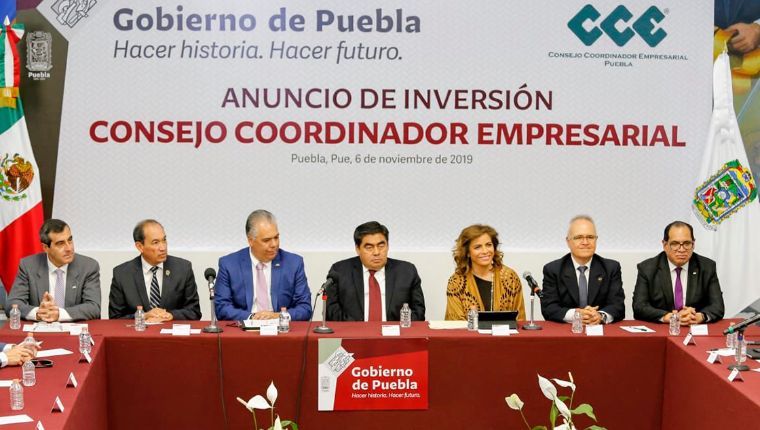 PUEBLA – The Business Coordinating Council (CCE) announced to the governor of Puebla, Miguel Barbosa Huerta, investments for US$ 390 million that began during this year and will continue in 2020.

Yesterday, the representatives of the 24 chambers that make up the organization were received by Barbosa Huerta at Casa Aguayo, where the leader of the CCE, Ignacio Alarcon Rodríguez Pacheco, explained that of the total investments, US$157 million were applied this year.

The executive pointed out as well that the total capital will represent 3,000 direct jobs, but with the expectation that they could be more, not counting the indirect ones that would be around 7,000 regarding projects in execution.