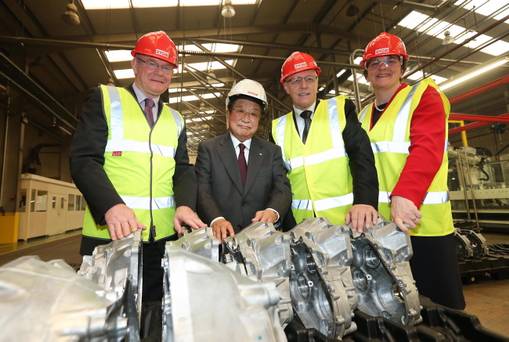 Japanese Company Ryobi, will invest US$75 million to expand its plant located at Castro del Rio industrial park in Irapuato, Guanajuato, according to Mayor Ricardo Ortiz Gutierrez. Ryobi is an automotive company that produces vehicle transmissions, with one of the largest factories from the sector in Guanajuato and the seventh worldwide, after the Indiana, Ireland and China factories. The US$75 million are going to be applied in the expansion of the plant with its project Ford de Ryobi, which establishes that starting June 2017, the new production in the pre-machining area shall begin, creating 200 new direct jobs.