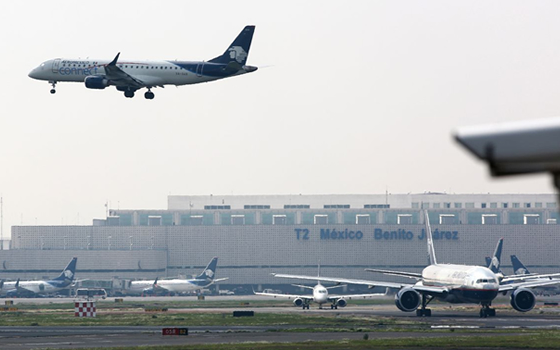 JUAREZ – Traffic at the Abraham González International Airport in Ciudad Juárez still does not take off and in February 2021 it was affected by the COVID-19 pandemic for 12 months.

Data from Grupo Aeroportuario del Centro Norte, better known as OMA, show that in the second month of this year there was an annual drop of 46.1% in the number of passengers.

While in February 2020, a month before the pandemic, 110,315 people flew across this border, in the same period of the current year the number dropped to 59,442.

Despite the economic openness that already existed in all sectors of Ciudad Juárez, from one year to the next the decrease was 50,873 travelers.

However, compared to January of this year, air traffic rebounded 32.13%.

At the national level, OMA reported that the number of total passengers transported in its 13 airports during the month of February 2021 decreased 53.9% with respect to that registered in the same period of 2020.

“The decreases in passenger traffic reflect the impact on demand caused by COVID-19. In the case of international passengers, restrictions on international flights to the United States and the suspension of flights from Canada affected destinations such as Monterrey, Mazatlán and Zihuatanejo, mainly,” he said.