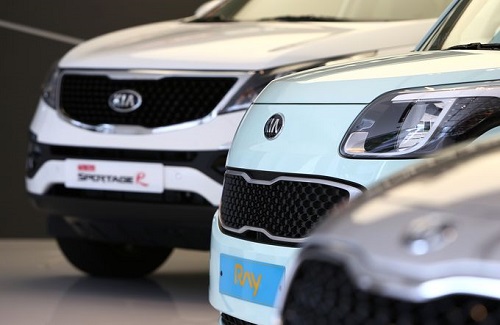 The carmaker sold 5,510 cars, including light trucks, in Mexico last month, up more than 260 percent from the same month last year, according to the data from AMIA, the Association of Auto Manufacturers in Mexico.

Kia began selling its cars in Mexico in July 2015, but its sales have been on a steady rise ever since.

In the January-July period, Kia Motors sold 29,006 cars there, surpassing the 19,822 cars sold by its bigger affiliate Hyundai Motor Co.

With its monthly sales record renewed every month, Kia Motors’ market share came to 3.4 percent in the cited period. The company is seeking to boost its market share to 5 percent by 2020.

Such an increase in sales follows the construction of a production facility with an annual capacity of 300,000 cars in Mexico earlier in the year.

“The Mexico plant will work as a production facility for the North American region, as well as Central and South America, while meeting demands in Mexico,” a company official said.

Related posts:
Aguascalientes A1 plant is Nissan's fastest in the world
Nidec would manufacture transmissions for electric cars in Mexico
Chihuahua seeks to position itself in the aerospace, automotive and electronics industries
John Deere invests US$55 million in Nuevo Leon