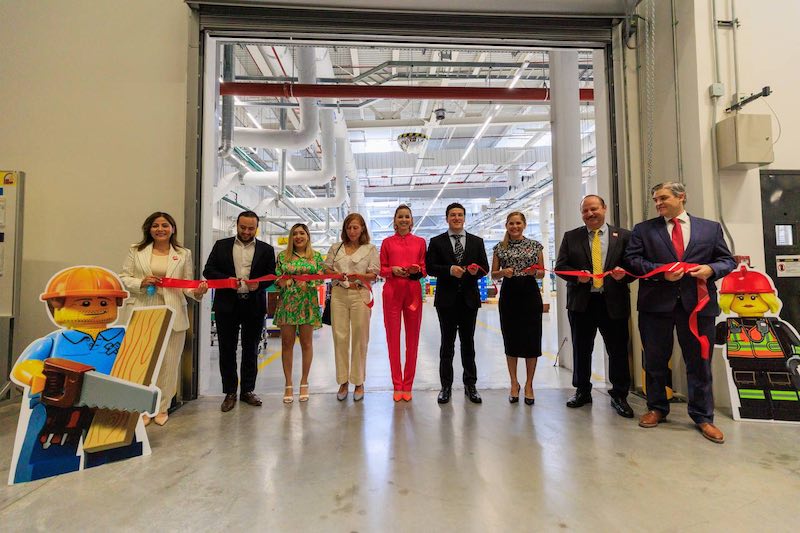 NUEVO LEON – With an investment of US$507 million, LEGO inaugurated two buildings at its plant located in the municipality of Ciénega de Flores, Nuevo Leon.

The buildings are a high staging warehouse and a decorating and assembly warehouse, which together total more than 33 thousand square meters. With this expansion, the company will generate 1,000 new jobs in addition to the 5,000 jobs it already has.

“We celebrate an exciting achievement for our Nuevo Leon factory today; we are the largest LEGO Group manufacturing plant in the world,” said Nancy Sanchez, general manager of LEGO Operations Mexico and senior vice president of Americas Manufacturing for the LEGO Group.

It is worth mentioning that from the Ciénega de Flores facility, the company supplies markets throughout the Americas.

“LEGO has done so well in Nuevo León that we are going for the second expansion of the plant, one of the most modern, innovative companies with the greatest development,” said the Governor of Nuevo León, Samuel García.

The inauguration was attended by: Samuel García, Governor of Nuevo León, accompanied by Mariana Rodríguez Cantú, from AMAR a Nuevo León; Nancy Sánchez, director of LEGO; the federal Secretary of Economy, Tatiana Clouthier; and the state Minister of Economy, Iván Rivas.