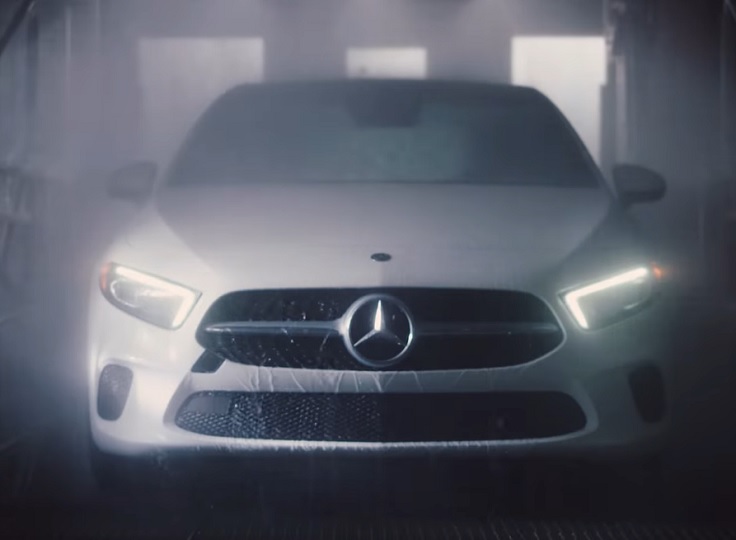 German premium automaker Mercedes-Benz today announced it has officially started production of the new A-Class at the assembly plant in Rastatt, 55.9 miles west of Stuttgart in Germany, marking the beginning of the new generation of compact cars to be made in five plants on three continents, including a new manufacturing facility in Aguascalientes, Mexico, scheduled to commence operations in the second half of the year.

Starting the serial production in Rastatt, Markus Schäfer, Member of the Divisional Board of Mercedes-Benz Cars, Production & Supply Chain, drove the first vehicle off the assembly line. Symbolically the official focused the next A-Class plant: With the infotainment system MBUX and the What3Words address, he headed for the Kecskemét plant in Hungary: The address ‘empires-astronaut-handshake’ is leading exactly to the end of the production line, where the first A-Class “Made at the Mercedes-Benz Kecskemét plant” will roll off in just a few weeks.

“Mercedes-Benz Cars starts an unprecedented ramp-up cascade with the A-Class. In our global production network, we can ramp-up the production of our vehicles in proven top quality and supply the global market even faster. Using modern industry 4.0 technologies our plants are becoming even more flexible and efficient,” said Schäfer.

The new A-Class is the first model of the fourth generation of compact cars and replaces the predecessor model produced since 2012. The compact car family currently consists of five models: A-, B-Class, CLA, CLA Shooting Brake and GLA. In future there will be eight models.

Rastatt in Germany is the lead plant for compact cars in the global production network of Mercedes-Benz Cars. The plant is responsible for control and planning as well as quality and supplier management on a global basis.

In addition, Rastatt coordinates production in the compact car production network at the Kecskemét plant in Hungary, at Beijing-Benz Automotive Co. Ltd (BBAC) in China and at the Finnish production partner Valmet Automotive in Uusikaupunki.

The production of the A-Class in Kecskemét and at Valmet Automotive will start in the second quarter of 2018. The Rastatt plant supports the smooth ramp-up in the other plants, for example by qualifying employees and technical experts on site.

“Our Rastatt team has done a great job in the last months. We have mastered the demanding production program of the current generation of compact cars, successfully completed the ramp-up of the new A-Class at our plant and at the same time optimally prepared our colleagues in the other compact car plants,” says Thomas Geier, site manager Mercedes-Benz Rastatt plant.

For the start of production of the A-Class, apprentices from the Rastatt plant produced a steering wheel model using modern additive production processes (3D printing). The steering wheel has a screen on which employees can upload messages for the next plant in the ramp-up cascade. The steering wheel is passed on from plant to plant like a baton and thus travels once around the whole world.