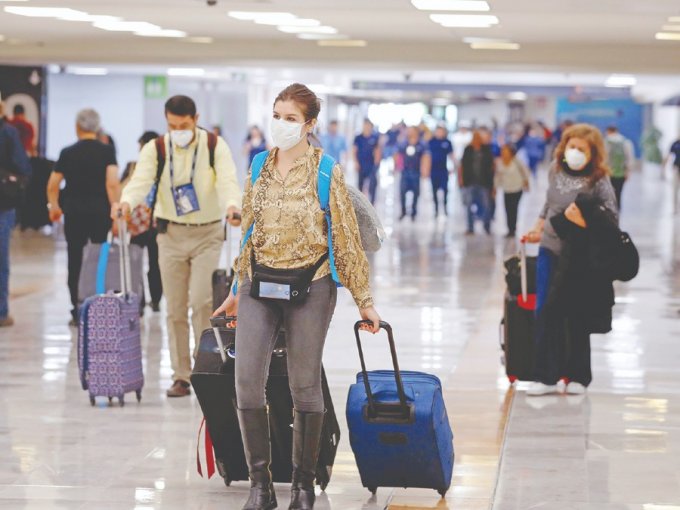 MEXICO – During February, Mexican airlines transported 2,522,697 passengers, according to data provided by the Ministry of Communications and Transportation (SCT). This figure represents a 53% drop compared to what was registered in the same period last year, before the COVID-19 pandemic affected the Latin American region.

Likewise, February was the second consecutive month in which Mexican aviation had a drop in the number of passengers transported, after carrying more than 3.7 million passengers in December and more than 3.2 million in January.

Mexican aviation had not seen these passenger figures since August last year, when the nine companies operating in the country transported 2,423,000 passengers.

In international matters, US airlines transported 836 thousand 425 passengers to and from the country, led by American Airlines, which exceeded 224 thousand travelers, and Delta Air Lines, which carried 171 thousand.

The South American companies carried 96 thousand 123 passengers, of which the Panamanian Copa Airlines transported more than half with 51 thousand 507.

Likewise, European airlines carried 53 thousand 519 passengers, being Lufthansa the main operator of this continent in the country with 15 thousand 301 travelers. Finally, Canadian airlines carried 4,935 passengers, a drop of 99% compared to what they had a year ago, due to the closure of this country’s borders and All Nippon Airways, the only Asian company that currently operates in Mexico, carried one thousand 547 travelers.