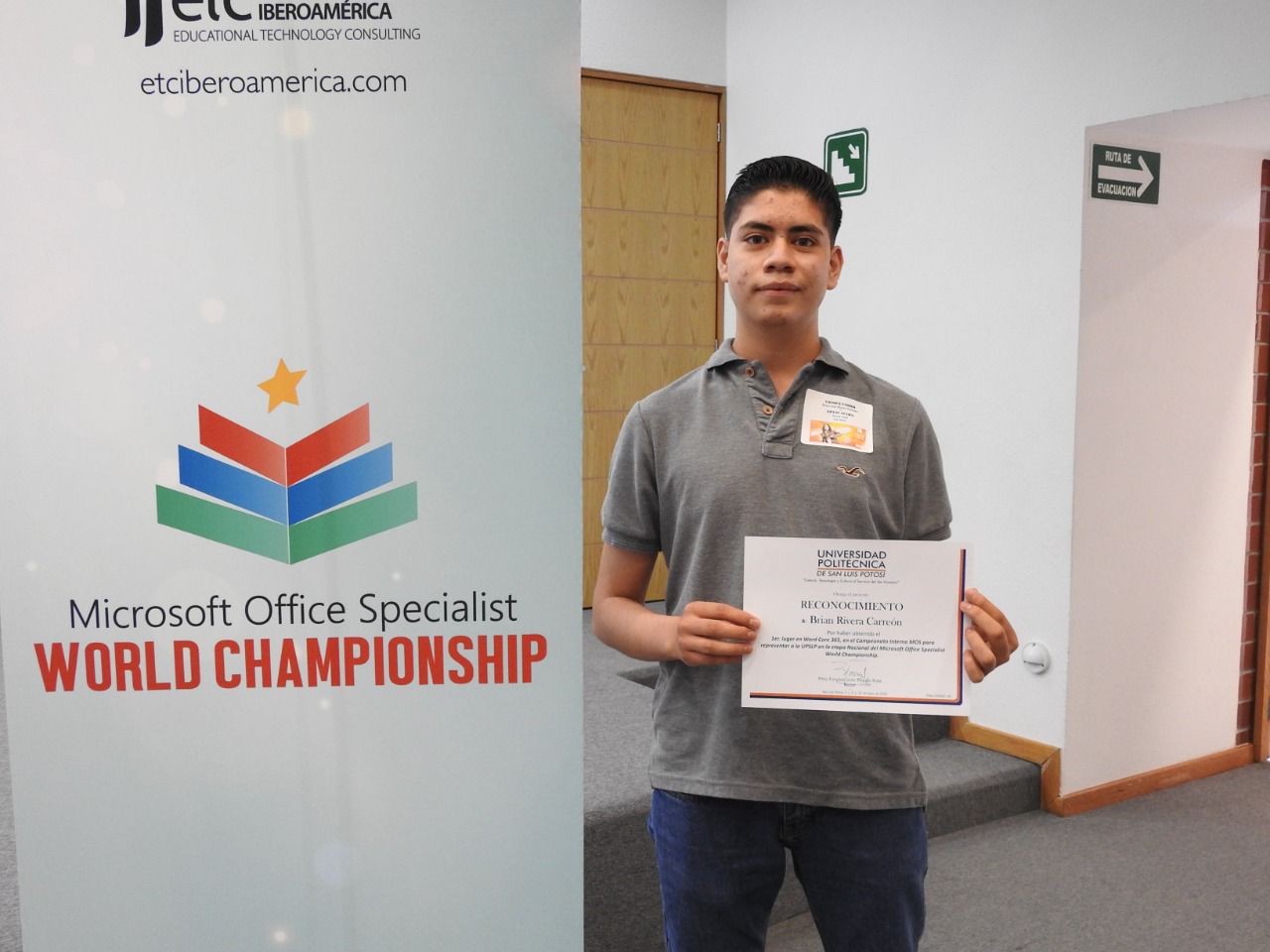 MEXICO – After winning first place in the Word 365/2019 category at the Microsoft Office Specialist (MOS) National Championship, Brian Issai Rivera Carreon, a student of the Information Technology Engineering Educational Program at the Polytechnic University of San Luis Potosi (UPSLP), will represent Mexico at the World Championship to be held in Anaheim, California.

In this regard, the Minister of Education of the State Government (SEGE), Juan Carlos Torres Cedillo recognized the effort and skills of the teenager Brian Rivera.

He also wished him success as a representative of San Luis Potosi and Mexico, reminding him that the Government will support brilliant students who are an example for future generations.

Authorities highlighted that UPSLP students, who took their certification exams between August and December 2021, had the opportunity to participate in the MOS Internal Championship, to select the representatives of this institution in the national eliminatory.