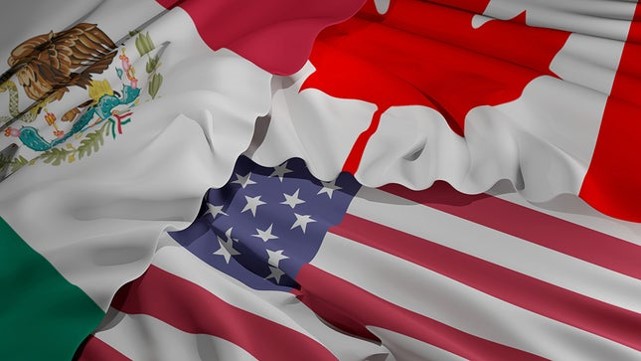 MEXICO – Mexico celebrated the implementation of a new free trade agreement with Canada and the United States that it hopes will lead to more investment in its struggling economy.

President Andrés Manuel López Obrador said the accord, which replaces the North American Free Trade Agreement, will provide greater certainty to the three countries in their commercial relationships.

Their supply chains are deeply intertwined. During the COVID-19 pandemic, there was pressure from the U.S. government to allow some Mexican assembly plants to quickly reopen or remain open to cause less interruption.

“There are clear rules,” López Obrador said Wednesday. “You can’t have border closures or tariff increases on products without a legal-type procedure with the famous panels where representatives of the three countries participate.”

President Donald Trump had threatened crippling tariffs on Mexican imports last year unless Mexico did more to slow migration through its country.

Known as the USMCA, the new agreement began to be negotiated when López Obrador won Mexican elections two years ago.