Mexico’s industrial production rises for third month in a row 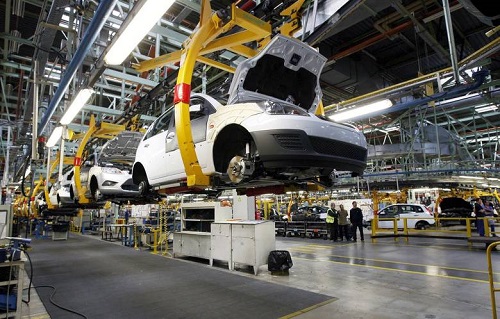 Mexico’s industrial production grew up for the third month in a row in July, expanding a bit faster than expected as factory output rose by the most in nearly a year, official data showed.

Mexico’s economy shrank in the second quarter for the first time in three years, due largely to a slump in industrial output.

Among components of industrial production, factory output rose 0.8 percent, its fastest expansion since last August. Mexico sends mostly factory-made goods like televisions and cars to its northern neighbor and automobile exports have been stronger than many other goods this year.