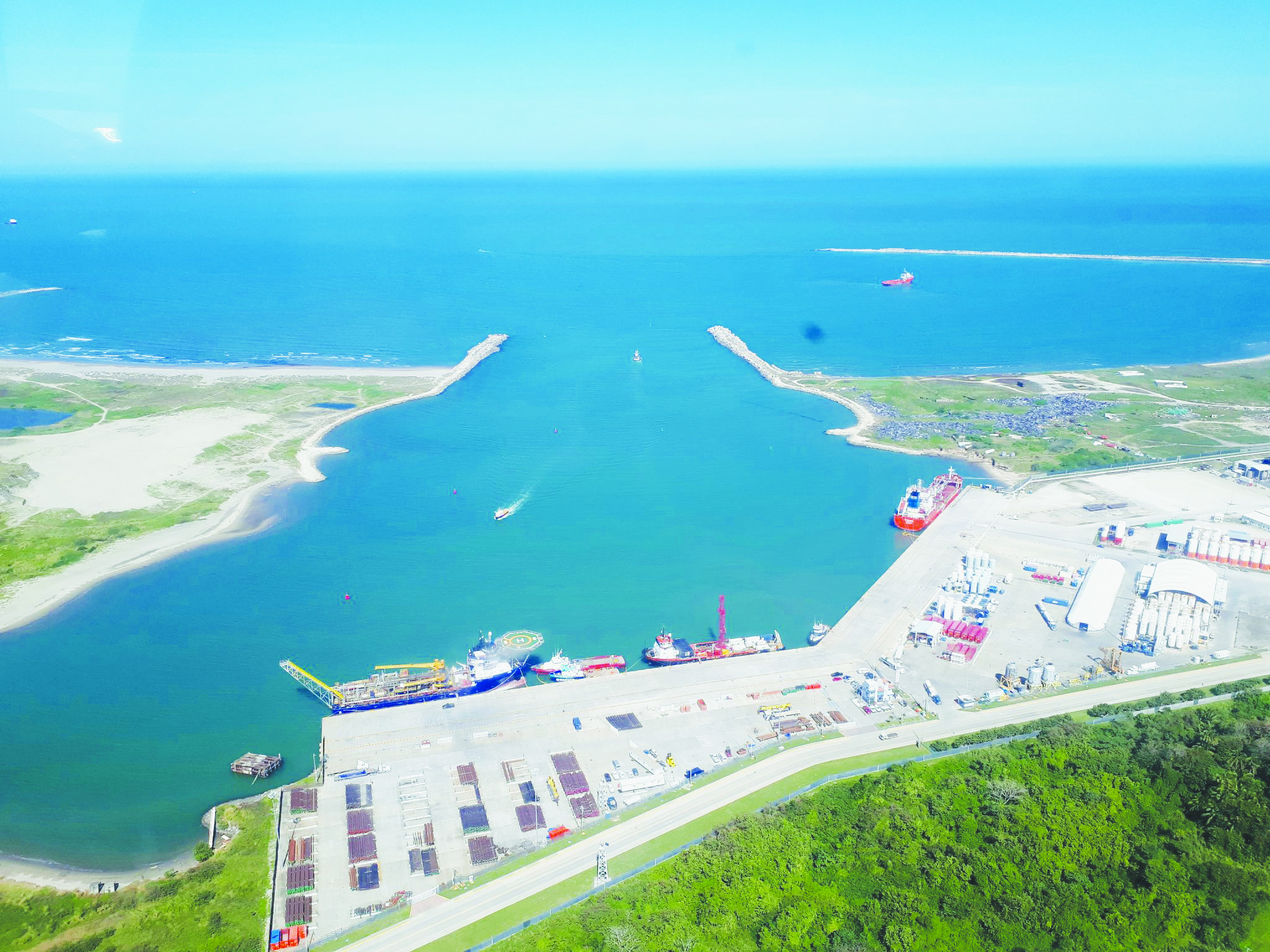 While the most developed countries of the world are quietly developing their energy independence based on clean energy sources, Mexico’s president is taking the country back to the 1930’s, opting to leverage on fossil fuels.

Mimicking Don Quixote de la Mancha, when the character attacked the windmills, Andres Manuel Lopez Obrador (AMLO) in a recent visit to Baja California’s mountains while looking at a wind turbines park said: “These windmills reflect the senselessness of the conservative, neoliberal politicians. Look how they affect the natural landscape. No more permits ever for windmills that disturb the environment.” (True story.)

Amid the uncertain, confusing and contradictory energy “policies” of the federal administration, Mexico’s energy sector is in a complete state of disorder.

Even though the Mexican government says the energy sector is open to foreign direct investment (FDI), the truth of the matter is that the ongoing auctions in contracts for foreign participation in drilling, exploitation and distribution of oil, gas and fuels and power generation are stalled

It is very hard to reconcile AMLO’s aspirations of national energy self-sufficiency and his stubbornness to strengthen Petroleos Mexicanos (PEMEX) and the Comision Federal de Electricidad (CFE) with the clarity and consistency rules FDI needs, especially when there have been examples of contract “revisions” by Mexico such as the one by CFE over third parties’ natural gas pipelines use terms.

Foreign investment efforts on renewable energy projects have been slapped with bureaucratic regulations and policy changes.

Take for example the issue of clean energy certificates (CECs) that investors in renewable sources obtain as an incentive and that have a monetary value in the energy market in Mexico. Turns out that CFE prompted a federal resolution by which it would certify its old power plants to obtain CECs, thereby flooding the paper market of CECs and driving the value of everybody else’s to near zero. The affected renewables investors are suing the government.

On top of everything, enter the recent Moody’s and Fitch’s PEMEX’s debt slashing to junk level with negative outlook, which would mean that the oil dinosaur’s interest cost on its approximate US$106 billion debt will increase, as many of its bond holders are expected to dump the battered oil company’s paper notes.

This comes after AMLO absurdly doubled down on his US$3.8 billion bail out of PEMEX in early 2019, followed by an additional US$5 billion a few months later in a bid to avoid the struggling oil firm going belly up.

In an even more ridiculous financial maneuver, AMLO had the country of Mexico actually become a warrantor of PEMEX’s debt, a move that analysts saw as unnecessary and nonsensical, to use a mild adjective.

Mexico’s power utility CFE and other country utilities such as IEnova and Cometa long-term ratings were also downgraded by the investment agencies.

The energy downgrades were implemented on the heels of a general Mexico country sovereign credit rating demotion reflecting the economic shock of the coronavirus pandemic, which will likely lead to a severe 2020-2021 economic recession in Mexico.

In the meantime, AMLO continues to literally waste billions of dollars in his pet projects that include the Mayan train, the Santa Lucia Airport and a brand new refinery, “Dos Bocas,” located in his native state of Tabasco, which has an initial construction budget of US$8 billion and is rated by most analysts as a certain financial failure of the likes of PEMEX.

The perfect storm for Mexico’s energy sector rounds up with the tanking of international oil prices as a result of the global sanitary slowdown and the ensuing significant decrease in demand.

In a nutshell, Mexico has an ailing oil and power sector managed by an awkward, unhinged and fiscally irresponsible government that rejects the potential solutions in the form of FDI and renewables because of ideological and arrogant reasons.

Before we continue to deal with the above sour subjects, let’s review some interesting aspects of energy systems.

To better understand how the energy system of a given country works, please see the giant chart in Exhibit #1 of the U.S. energy generation and consumption developed by the Lawrence Livermore National Laboratory.

Please notice on the left the value of the generating sources and the fact that the U.S. is still heavily reliant on fossil fuels, 80.2% according to this chart.

The values are given in “Quads.” A Quad is equal to one quadrillion BTU’s (hence its name). A single Quad is roughly equivalent to 185 million barrels of crude oil or about 8 billion gallons of gasoline.

In the upper center, you can see that generation of electricity requires almost 40% of the energetics. The U.S. current main source for power generation continues to be coal, closely followed by natural gas and nuclear energy. The clean renewables: Wind, solar and hydro are marginal contributors at about 5.5% for this purpose in the U.S.

To the right of the chart, in pink color, we have the “Customers”; transportation being, of course, the main user of petroleum, while residential and commercial energy utilization is mostly in the form of power and natural gas. The industry consumes mostly from carbon sources. In case you did not know, you will be quite surprised to learn that 68% of all the potential energy generated gets wasted due to various inefficiencies.

This wasted energy is called “Rejected Energy”, which is released in the form of heat, for example by internal combustion automotive engines, which are at best 40% energy efficient.

Electric vehicles are about 85-90% efficient, so as electric cars rise in popularity, the amount of rejected energy would decrease over time.

Now, try to imagine how Mexico’schart would look like, using the infor mation presented first in Exhibit #2, showing the country’s domestic energy production of nearly 6,500 Petajoules (a Petajoule equals one quadrillion joules). Mexico’s domestic energy production is of course very skewed towards fossil sources, representing 87% of the total, leaving just 13% to cleaner sources, in cluding 3% for renewables (wind, solar and geothermal).

Approximately 50% of the crude oil produced in Mexico is exported. This figure varies depending on supply and de mand in the global markets.

Now turn your attention to Exhibit #3, with the total Mexico energy con sumption of about 9,200 Petajoules. You will notice that Mexico imports almost half of its energy in the form of refined fuels (gasoline and diesel) and natural gas, which is used to produce electricity and for industrial consumption.

About 3,700 Petajoules are utilized in electricity generation as shown in Exhibit #4. And as we already know, a lot of this energy, about two-thirds, is lost in the pro cess of conversion, going from one form of energy to another one. As a result, all of these Petajoules produce “only” 88,000 Megawatts of power.

Domestically, Mexico relies a lot on the clean hydroelectric generation source (14%), and according to the Ministry of Energy of Mexico, renewables accoun for 16% of the installed electric genera tion capacity.

At the end of the day, the customers only enjoy 5,500 Petajoules worth of energy. Exhibit #5 depicts that transportation is the major consumer, followed by industrial and residential demand.

Next, push your imagination a little further and try to visualize Mexico’s president’s energy chart. It may be an awkward and changing one.

A year ago AMLO vowed to make Mexico’s energy independence a central point of his political strategy. He stopped on its tracks the energy reform implemented by the previous administration and left on the table approximately US$150 billion worth of bids on FDI energy contracts in process.

He also announced the building of the “Dos Bocas” refinery, a controversial project that as of April 2020 shows little construction progress with about half of its concrete foundations built.

As a result of the declining oil global demand and slumped prices and the coronavirus pandemic, the numbers do not add up, and AMLO is currently trying to save some political face as his approval rate in the polls has spiraled from 67% in April 2019 to 47% just a year later

AMLO has been touting since the beginning of 2020 the creation of an energy infra structure plan in conjunction with Mexico’s domestic investors; the initiative is reportedly for 275 projects worth about US$14 billion. At the time of this writing the announcement of the plan has been postponed twice signaling that not everybody is buying in. Things may not improve with the recent investment agencies rating downgrades.

Also, analysts’ pleads to scrap the Dos Bocas project are mounting. BBVA Mexico, a leading bank in the country, pointed out recently that Mexico’s oil income would be 20% less in 2020 than the figure in the national budget is, and bluntly recommended the cancellation of the refinery project to use those funds instead for medical expenditures to fight the pandemic.

Mexico has received approximately US$10 billion FDI for energy projects over the past five years, but AMLO is not help ing for this inflow to continue in the future.

He changes rules and regulations for foreign investors and hits them with senseless new red tape. Not to mention unexplainable actions like the arbitrary cancellation of FDI projects such as the Constellation brewery in Mexicali. AMLO is ruling the 13th economy of the world using a shameful and clumsy style, without even realizing that his highest presidential priority, the poor, would be the most affected as employment dives.

It is time that AMLO listens to other voices other than the small circle he frequents and patronizes. He also needs to stop utilizing pre-arranged, illegal and deplorable “people’s consultations” to support his ideological pet projects.

It’s unreal that the fate of a country depends on the actions of a single man with questionable intentions. And it is also astonishing to witness the mild reaction of the major economic and political influencers in Mexico,

Mexico’s private and public institutions and sectors need to step up to the plate and design a national rescue plan in conjunction with the states and federal governments.

A plan that, among other things, redirects the financial resources away from the rescue of PEMEX, CFE and ideological projects to supporting the small and medium enterprises that provide the bulk of employment and taxes in Mexico.

Mexico needs to change direction ASAP. Hopefully it is not too late.